Ireland beat Scotland by six wickets in the match number seven of the T20 World 2022 at the Bellerive Oval in Hobart on Wednesday, October 19. Curtis Campher came up with a brilliant all-round effort to guide Ireland to an important winning following their defeat against Zimbabwe.

Batting first after winning the toss, Scotland put up a decent 176 for 5 on the board. After George Munsey was trapped leg before for 1 by Mark Adair, Michael Jones took control of proceedings for the batting side. Jones smashed an unbeaten 86 off only 55 balls hammering six sixes and four fours.

Matthew Cross contributed 28 off 21 while skipper Richie Berrington scored a crucial 37 off 27 balls. For Ireland, Campher claimed 2 for 9 in two overs, while Adair and Little chipped in with one wicket each. 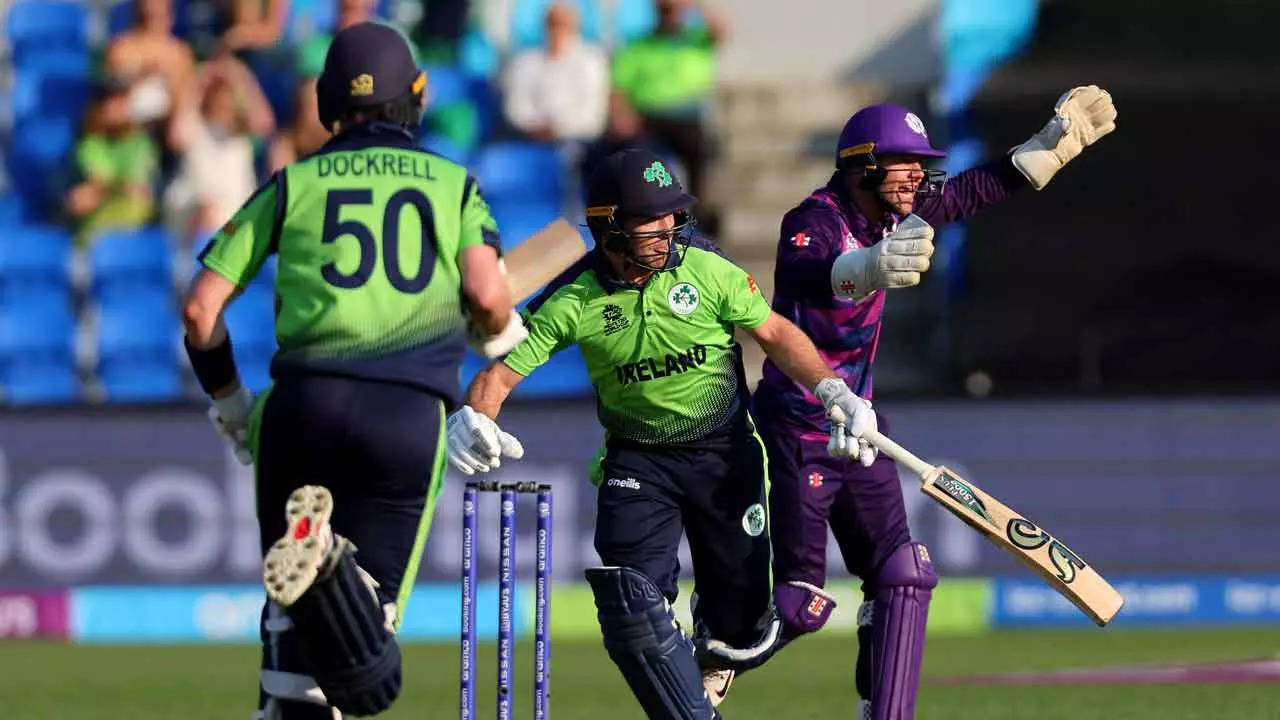 In the chase, Ireland were rocked early as Andrew Balbirnie (14) was sent back by Brad Wheal, while Mark Watt dismissed Lorcan Tucker for 20. Paul Stirling also fell cheaply for 8 to Safyaan Sharif. When Harry Tector was back in the hut for 14, Ireland had slipped to 61 for 4. However, Campher (72 not out off 32) and George Dockrell 39 not out off 27 featured in an unbroken 119-run stand for the fifth wicket to take Ireland home to a crucial win.

Describing the win as pretty special, Ireland captain Andrew Balbirnie said, “Can't remember a more important partnership. We have played some great cricket throughout the year, only to fall away towards the end, but credit to the guys for the partnership. We started off the disappointingly in the first game, had a modest first half here and somehow got away with it, need to bring in our best performance in the next game.”

Reflecting on the loss, Scotland captain Richard Berrington said, “Positives with the bat, I thought Jones was superb all through the innings, the others chipped in and I was happy with the final score though I thought we did miss out on a few runs towards the end. Credit to Campher and Dockrell for that flawless partnership, they took the game away from us.”