It's sort of hard to know: Kane Williamson on playing semi-final against Pakistan at familiar SCG

New Zealand captain Kane Williamson has stated that it is hard to know whether playing their third match at the Sydney Cricket Ground (SCG) on Wednesday, November 9, will be an advantage or a disadvantage. The Kiwis began their T20 World Cup 2022 campaign in Sydney with a terrific triumph over Australia by 89 runs. They posted 200 on the board and their bowlers then held the defending champions to 111 all out.

A week later, a superb hundred by Glenn Phillips helped New Zealand recover from 15 for 3 to register a comprehensive win their, their second of the T20 World Cup. The Kiwis are now preparing to take on Pakistan at the same venue on Wednesday in the first semi-final.

Asked if familiarity with the SCG was an advantage or disadvantage, Williamson replied, "I suppose it's kind of interesting, the first game we played here, the wicket was a very good one. And then the second time we played here it had changed. And sometimes you can take perhaps what you were expecting the wicket to be like in the first game and think it would behave in the same way, which it didn't. 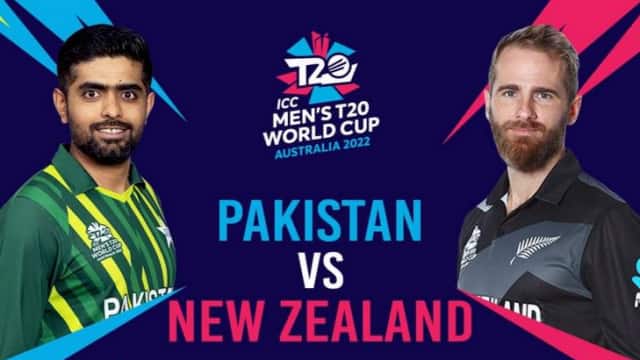 "So whether that's a disadvantage or an advantage, it's sort of hard to know. Both teams have played here. So it will be about looking to focus on our cricket really and the plans we want to look to execute and make sure we do adjust to the conditions and try and play smart,” he added.

The opening match against Australia saw young Finn Allen smash 42 in 16 balls, getting New Zealand’s campaign off to a terrific start. He has not been consistent since, but the skipper has backed the opener’s aggressive style of play. Speaking about Allen, he said:

"Yes, that's the strength of his game - his ability to go hit the ball hard and play with freedom - and encouraging that is important. Not just for him to play his natural game, but also for our team and the balance that he brings with his style of play. So, yeah, he's enjoying it cricket. And he's young and he's got heaps and heaps of talent has we've already seen.”

Williamson also took the opportunity to praise the opposition camp. Impressed by Pakistan’s turnaround in the tournament, he described Babar Azam and co. as a very well balanced outfit. He commented, "They're a strong side. A very well-balanced side. In this format, it can be fickle. You're certainly trying to take the risks required to move your team forward. And as we know the quality they have, the Pakistan team from one to right down the order

“They've got an understanding pace attack. They've been playing really good cricket. They have very experienced players on their side, match winners. So real strength," Williamson concluded.