South Africa pulled off a miraculous draw in the Second Test at the Adelaide Oval by batting out the entire final day’s play. The Proteas forced a draw with Australia tantalizingly falling short of a victory by two wickets.

South Africa pulled off a miraculous draw in the Second Test at the Adelaide Oval by batting out the entire final day’s play. The Proteas forced a draw with Australia tantalizingly falling short of a victory by two wickets. Australia needed just the six wickets to take in a minimum of 90 overs today but couldn’t break the tough resistance from the Proteas. This Test Match will be remembered for a long time and should inspire other teams about how the South Africans fought it out for a draw against all the odds.

Debutant Faf du Plessis played one of the best defensive knocks in the history of the game. He batted all through the entire day’s play and remained unconquered with 110 (from 376 balls with 14 fours). Du Plessis, who got the Man of the Match award came to the rescue of the tourists in the first innings by scoring a crucial 78 (from 159 balls) which would go onto help them save the follow on and kill time in the Test match. 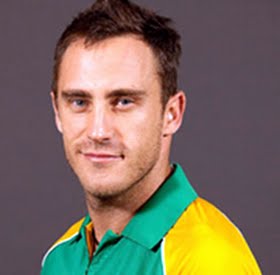 Australia of course, were severely hampered by the loss of James Pattinson due to an injury. The hosts were defied all through yesterday’s evening session by the pair of AB de Villiers and Fad du Plessis. The overnight pair went onto repeat the act all through the morning session as well by seeing off as many as 35 overs safely. After Lunch, Australia finally got their breakthrough after a long wait of 68 overs with AB de Villiers (33 from 220 balls) getting his defence breached by a Peter Siddle delivery.

Despite losing AB de Villiers, the South Africa still found themselves safe as an injured Jacques Kallis came out and battled alongside Faf du Plessis and by Tea, Australia was still left with five wickets to take. The match was poised in the final session as the Proteas lost Kallis (46 from 110 balls) to Nathan Lyon and Steyn, Kleinveldt to Siddle. But all of them batted with Du Plessis for enough time to ensure a draw. Morne Morkel batted unbeaten for 12 balls along with Du Plessis to disappoint the Aussies big time. All in all, the Proteas hung in there for as many as 148 overs to end the match at 248 for 8.