The England tour will be critical for them

The much-hyped England-South Africa series, which could displace England from the number one spot, will be a tight contest for sure. However, there are a few players in the current Proteas squad for whom the Tests could be a litmus Test. Here’s a look at them.

The much-hyped England-South Africa series, which could displace England from the number one spot, will be a tight contest for sure. However, there are a few players in the current Proteas squad for whom the Tests could be a litmus Test. Here’s a look at them.

Alviro Petersen: The South African opener has been in and out of the side for a while now, and has featured in only 13 Tests over a two-year period. Ever since Herschelle Gibbs has run out of favour with the selectors, South Africa have struggled to find a stable opening partner for skipper Graeme Smith. With A B de Villiers settling into his role in the middle-order, Petersen has got a few opportunities. He has managed a few big scores so far, but is yet to establish himself in the Test eleven. His 156 against New Zealand has helped him retain his place. Success in the England series could further take his career along the right path. 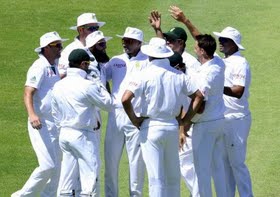 Jacques Rudolph: The talented left-hander has had to work very hard to get a second opportunity at the Test level, after he squandered many golden chances in the first. Once the next big thing in South African cricket, Rudolph has failed to completely justify his place in the team even in his second coming. He has got a number of starts, but hasn’t capitalised on most of them. A hundred in the New Zealand series must have given him the confidence. But, he needs to get bigger scores to have an impact at the Test level.

JP Duminy: Another left-hander, his story is not too different from Rudolph. Duminy burst onto the scene a few seasons ago with some memorable performances in theseries win against Australia, including a match-winning hundred, which is rated among the very best. However, the early success proved to be a false alarm, with his successive Tests hardly producing anything of note. He has only added one Test ton to his maiden one since that great start. He’s got another opportunity now to prove his mettle. During his time away from the Test squad, Duminy has established himself as a classy ODI batsman. Still, there are no two ways about it that Duminy has it in him to succeed at the Test level as well. Can he reestablish his credentials against England?

Imran Tahir: The leg break bowler hasn’t quite lived up to the heights he was almost predetermined to reach. Over a seven-Test career, he has picked up only 18 wickets at an expensive average of over 37. While his bowling has been steady, he has never looked overly threatening. South Africa are looking forward to Tahir to be their main spinner. While there won’t be much help for spinners in England, South Africa would still hope Tahir comes up with something substantial.