The axing of the four Australian players from the squad for the Mohali Test for not following team instructions is churlish to say the least. It is a well-known fact that the Aussies are sticklers for discipline, but the harsh action taken against Shane Watson, James Pattinson, Mitchell Johnson and Usman Khwaja is impossible to comprehend no matter what.

The axing of the four Australian players from the squad for the Mohali Test for not following team instructions is churlish to say the least. It is a well-known fact that the Aussies are sticklers for discipline, but the harsh action taken against Shane Watson, James Pattinson, Mitchell Johnson and Usman Khwaja is impossible to comprehend no matter what. After all, what were they punished for? Not writing down three points on how their individual performances and those of the team could be improved. Doesn’t that sound like school-boyish stuff?

One could understand if the players were suspended for going on a drinking binge or even posting something nasty on a micro-blogging site. But, penalising them for not writing down something nothing more than theoretical is just going too far. No wonder Watson, who by the way has flown back home to be with his pregnant wife who is expected to deliver soon, is pondering over his future in international cricket. Watson minced no words in stating that he felt the punishment was unnecessarily harsh. He had every right to state the same. For someone as experienced as the all-rounder, better treatment should have been meted out without doubt. 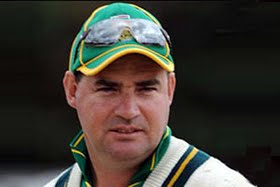 Even if for a moment one assumes that, being senior men, Watson and Johnson should have been more careful of their conduct, what does one make of the harsh sanctions given to Khwaja and Pattinson? Neither has been playing cricket for a long while, and can’t be expected to contribute a lot to the team in terms of helpful advice to improve the team’s performance. And, by the way, Khwaja and Johnson were not part of the eleven at either Chennai or Hyderabad. How could they possibly explain three ways of improving their individual performances then? This is something coach Mickey Arthur must answer.

Being 2-0 down in the series, Australia should have been concentrating on improving their chances of squaring the series, which anyways aren’t strong. On the contrary, it seems they are hell-bent on making their own task tougher. Pattinson has been their best bowler in the series so far, and with the third Test being played at Mohali, where pacers historically enjoy more pace and bounce as compared to other tracks in the country, who knows, he could have proven to be quite a handful for the Indian batsmen. We will never know now, unless of course common sense prevails and the suspensions are revoked with immediate effect.

If the Aussie management sticks to its stance of not making the four axed players available for selection, it effectively would mean that they will have only 13 players to choose their eleven. Even here, wicket-keeper Matthew Wade is in doubt owing to his injury woes, which means stand-in keeper Brad Haddin may take his place behind the stumps. What Australia need at the moment is for the players to concentrate wholeheartedly on getting their act right for the Mohali game. All other distraction can wait.