A day after Alyssa Healy and Beth Mooney pounded India to take Australia to their fifth T20 World Cup win, both were named in ICC Women’s T20 World Cup 2020 team of the tournament

A day after Alyssa Healy and Beth Mooney pounded India to take Australia to their fifth T20 World Cup win, both were named in ICC Women’s T20 World Cup 2020 team of the tournament. Healy (75 from 39) and Mooney (78 not out from 54) featured in a 115-run opening stand for the Aussies in the final at Melbourne.

Fast bowler Megan Schutt, who picked up 4 for 18 in the final to end as leading wicket-taker with 13 scalps, and left-arm spinner Jess Jonassen, who claimed 3 for 20 in the final, also make it to the team. The fifth Aussie in the team is none other than skipper Meg Lanning, who guided her team to a fifth Women’s T20 World Cup title. Lanning scored 132 runs at an average of 44.

While Healy and Mooney scored 236 and 259 runs individually, they also flourished as a partnership, totaling 352 runs at an average of nearly 60. Mooney’s tally is now the most for any player in a single edition of the tournament. 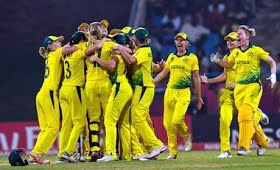 England duo of Nat Sciver and Heather Knight come in at numbers three and four respectively in the batting order. Sciver smashed 202 runs with three fifties while Knight made 193 runs at an average of nearly 65. They also featured in the highest partnership of the event -- 169 against Thailand, with Knight becoming the first England cricketer to register hundreds in all three formats.

Lanning, not surprisingly, was named captain of the team for her inspirational leadership, and crucial batting efforts. Her 49 in the semi-final against South Africa was the defining innings of the knockout clash. South Africa’s Laura Wolvaardt batted in only two innings but made a massive impression. She made 53 against Pakistan, and a valiant 41 not out in the semis.

Among the bowlers in the team of the tournament, Aussie left-arm spinner Jonassen impressed with ten wickets in six matches. England spinner Sophie Ecclestone and pacer Anya Shrubsole also make the cut. Both finished with eight scalps each.

Joining the bowlers is Australian pacer Schutt, with 13 wickets in the tournament, including 4 for 18 in the all-important final against India at the MCG. Leg-spinner Poonam Yadav is the only Indian in the playing XI. She claimed 4 for 19 in the opener against Australia to stun the hosts and finished the tournament with 10 wickets.

India’s teenage sensation Shafali Verma was named as the 12th player in the team. The 16-year-old smashed 163 runs at a strike rate of 158.25 and impressed a number of people.