The selection of an Indian cricket team has always been a matter of great debate, and the Indian selectors have only provided more scope of criticism to the media and ex-players by retaining the same squad that was part of the Mumbai debacle, barring Umesh Yadav, who has been ruled out due to injury.

The selection of an Indian cricket team has always been a matter of great debate, and the Indian selectors have only provided more scope of criticism to the media and ex-players by retaining the same squad that was part of the Mumbai debacle, barring Umesh Yadav, who has been ruled out due to injury. One really wonders what is in the selectors’ mind for India’s struggles in Test cricket have only gotten graver ever since they landed in England in mid-2011. Rahul Dravid and VVS Laxman walked by the wayside realising their time was up, but the men in charge are just not interested in taking some difficult decisions. 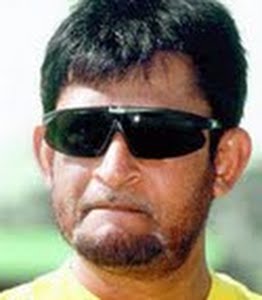 A glance at India’s performances ever since the disastrous England tour got under, and it would clear that barring Laxman and Dravid who have retired, we have retained almost an identical team which has been struggling for the past two seasons. Virender Sehwag and Gautam Gambhir have done precious little during this period and, in the current series, they have just played one knock of note, and the selectors have conveniently allowed them to retain their respective places at the top of the order.

The bigger question, that of Sachin Tendulkar’s place in the side, has again been avoided. He may be a great player no doubt, but it is clear now that he’s retaining his place in the squad solely on the basis of his reputation. If the series against New Zealand was proof that Tendulkar’s career is going downhill, the ongoing Tests against England have only seconded the opinion most have developed over the legendary batsman. He may somehow manage to score some runs in the remaining Tests, but the fluency definitely wouldn’t be there, and how long it will last, if at all, is anybody’s guess.

It’s a bit early to pop the question but failures with the bat, and skipper M S Dhoni’s place in the Test team must also be reconsidered. In England and Australia, it was clear that he doesn’t possess the technique to survive against the moving ball, but he has been equally susceptible against Monty Panesar and Graeme Swann, which doesn’t augur well for the future of his Test career. He is a great ODI player no doubt, but to remain in contention for the Tests, he needs to score runs. A non-performing Test captain is the last thing the Indian team needs at this moment.

Like most other things with the selection, the inclusion of Harbhajan Singh was also baffling. Even though he was under-bowled, it was equally true that hardly any of his deliveries troubled the English batsmen even though the pitch was tailor-made for his style of bowling. It would be a shocker if India go in with three spinners at Eden Gardens as well, so his inclusion makes little sense. In spite of all the criticism, India might manage to script a fairy tale comeback at Kolkata. However, that would only be a temporary relief. The actual problems will continue to exist.