Australia announced a 16-man squad for the upcoming 3-Test Series in West Indies. The Selectors have picked up five fast bowlers and two spinners. Struggling Wicket Keeper Brad Haddin has been retained but faces competition from Matthew Wade who has also been selected in the Australia Test Squad.

The axe has fallen on Shaun Marsh who had a poor Test Series against India. Coming back into the Australian Test Squad is all-rounder Shane Watson and is expected to bat at no.3. Australia are likely to stick with its new opening combination of David Warner and Ed Cowan. Based on his one-day form, Peter Forrest has been gifted with a berth in the Test team as well.

Michael Clarke, the Skipper has also been included as he is expected to recover on time from his hamstring injury. Clarke is already missing the 5-ODI Series because of the injury. However, he has enough time to recover as the first Test Match will start on 7th April. 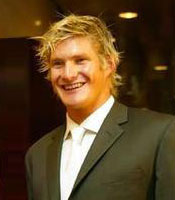 Coming back into the Australian Test Squad as the second spinner is 27-year-old left-armer Michael Beer. He will the specialist spinner along with Nathan Lyon. Beer has played just the one Test so far which was in 2011 against England.

Commenting on the Squad, National Selector John Inverarity said “The National Selection Panel has decided on a squad of 16 for this very important tour of the West Indies.

“The NSP believes the inclusion of five fast bowlers, two spinners and two wicket-keepers will provide important flexibility and cover for any injuries that may occur in a country that is not easily accessible by replacement or standby players.

“It is anticipated Michael Clarke will be fully recovered and take his place as Captain for the first Test match in Barbados beginning on Saturday 7 April.

“Shane Watson will come back into the Test XI and he could replace Shaun Marsh in the vitally important number three position while James Pattinson’s availability will be welcomed after his excellent performances during the first four Test matches of his career during the Australian summer.

“Patrick Cummins was not considered for selection as his fitness is not well enough progressed.”

The schedule for Australia’s 3-Test Series will be as follows: