Virat Kohli must learn to control his anger

When Virat Kohli walked off fuming during the second ODI at Harare against Zimbabwe after being given out controversially, it wasn’t the first time that the angry young man came out in him.

When Virat Kohli walked off fuming during the second ODI at Harare against Zimbabwe after being given out controversially, it wasn’t the first time that the angry young man came out in him. In fact, he has made it a habit of arguing with umpires or staying rooted to the crease everytime he feels he has got a rough decision. While one can understand that a batsman gets disappointed whenever he gets a bad decision, with Kohli it is a case of him going overboard more often than not.

True, Kohli is young and extremely talented, but this arrogant attitude is an aspect of his game he needs to tone down. This is all the more important since he has been unofficially anointed as the captain-in-waiting. Kohli’s antics might not bother the team now since he is only the stand-in skipper, but when he takes over full time, he could get into serious trouble. For a start, the good part is M S Dhoni will be around for a few more years, which means Kohli can be groomed for some more time. But, it is crucial that the present vice-captain works on his temperament in the interim.

There are various reasons why Kohli and India could get into trouble if the former doesn’t mend his ways as leader. Against a minnow like Zimbabwe, it wouldn’t affect the Indians much, since the Indians are hardly against any pressure while taking them on. However, against stronger sides like South Africa and England, it could adversely impact the team’s mindset. Seeing their captain seething in anger out in the middle wouldn’t impress the other players in the team. A skipper is supposed to lead by example, and in such a scenario, Kohli would find it difficult to win the respect of his teammates. 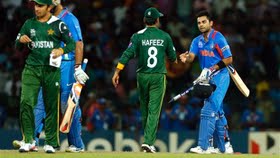 Also, with the strict rules in plays as far as bringing the game bad name is considered, Kohli might find himself sitting out of the team more often than being in. Another former India skipper Sourav Ganguly also had this habit of showing dissent towards the umpire, which meant that he was often banned from important matches. But, even Ganguly did not go to the extent that Kohli does –maybebecausethe southpaw was a lot more experienced while the Delhi lad is still pretty raw in comparison. The Indian management can only hope that he can work on his anger-management.

With so much being written about Kohli’s attitude (remember the finger salute at Sydney?), it would be imperative for Kohli to improve significantly before he takes over the mantle. There is little doubt that he will succeed as a batsman in international cricket, but question marks remain over his future as a leader owing to the abovementioned issues. A leader of an international sporting team is also the brand ambassador of the game. In that sense, Kohli will have to shoulder additional responsibility and work towards an image makeover.