In a foreword to a book on cricket controversies, former India coach Greg Chappell has stated that emotion overpowered the real story in the alleged war between him and then skipper Sourav Ganguly.

In a foreword to a book on cricket controversies, former India coach Greg Chappell has stated that emotion overpowered the real story in the alleged war between him and then skipper Sourav Ganguly. According to Chappell, the situation was quite simple – Ganguly was woefully out of form, and Chappell advised him to step down and instead focus on resurrecting his batting skills. The then Indian skipper however preferred to ignore the advice and ended up being dropped. Without taking sides, one’s got to say that, at the end of the day, Chappell stood vindicated. After all, when he returned to the side, Rahul Dravid had taken over as leader, and at the time of his last series, he played under M S Dhoni purely as a middle-order batsman. 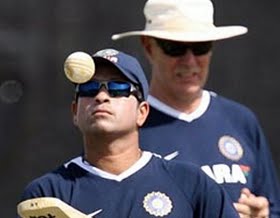 Chappell’s opinion on Ganguly getting unnecessarily emotional applies not only to the former captain but also to Indian cricket as a whole. It is this sentiment that is again clouding the entire issue of Sachin Tendulkar’s retirement. In spite of the fact that the great man has been struggling for more than a year, the selectors aren’t willing to take a call on the great man, purely for emotional reasons. A number of ex-Indian cricketers have also backed the legend stating he must decide when he wants to go. The man himself has spoken out in the media stating that the people who are telling him to retire aren’t the ones who taught him to play.

There was definitely an element of hurt in Tendulkar’s comment, but then again all this is unnecessary sentimentality. Of course, there is place for emotion in the game, but it shouldn’t be stretched to the extent wherein the overall good of the team is sacrificed. Harsh as it may sound, this is the stark reality in the situation surrounding Tendulkar and the retirement talk. It is true that we cannot find a replacement for Tendulkar in ages, but that doesn’t mean we stop looking, and keeping sticking to a player who’s well past his prime, just because the great man wants to play on.

The flip side of emotion came back to haunt India in Australia as well. Like in England, their batsmen were struggling game after game against the Aussie pacers. The seniors in particular, Tendulkar, Rahul Dravid and VVS Laxman, were found out in each and every game, and it did not help that the openers Gautam Gambhir and Virender Sehwag continued their horrendous form. India had the option of trying the replacements in the squad, Rohit Sharma, being one of them, but preferred to play on with the same faltering outfit game after game.

The inclusion of Rohit Sharma in the Test XI wouldn’t have drastically changed India’s fortunes Down Under, but it would have proved that the management was willing to take tough measures, even if that meant dropping big names. That they didn’t clearly indicated that the Indian mindset hadn’t changed even in the post-Chappell era.