India must look to build on Champions Trophy triumph

Following their impressive win in the Champions Trophy it goes without saying that India will go into the ongoing tri-series featuring hosts West Indies and Sri Lanka as favourites.

Following their impressive win in the Champions Trophy it goes without saying that India will go into the ongoing tri-series featuring hosts West Indies and Sri Lanka as favourites. At the same time, it must also be remembered that the Champions Trophy victory is now history even though it was achieved only a few days ago. India must thus look to start this tri-series tournament afresh. In a sense, they must not read too much into the Champions Trophy win. While sounding a bit harsh on the team, it must be remembered that the tournament was a very short one, and thus India must not be judged completely based on their performance in England. 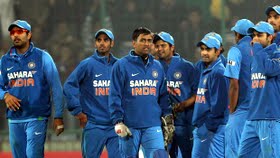 What India can take out of the Champions Trophy win is a lot of confidence, and they must look to continue in the same vein. The tri-series will be a great opportunity for India’s fresh opening pair to further enhance their reputation. Shikhar Dhawan is in the form of his life, but he must not be overburdened by the pressure of expectations. Also, it was in West Indies a couple of years back that he had a failed start to his international career. Thus, he will have a point to prove. As for Rohit Sharma, he has tasted success in West Indies before, and would want to get some much-needed big scores.

The tri-series will also give a chance to some of the younger members in the side to try and cement their places in the side. There is not much place in the middle order with the likes of Kohli, Dhoni, Raina and Jadeja permanent fixtures in the playing eleven. With Sachin Tendulkar having retired recently and Gautam Gambhir and Virender Sehwag out of the reckoning for now, a window of opportunity has opened up for Dinesh Karthik. The Tamil Nadu batsman is in form now, but he must make use of the chance before it’s too late.

Bowling looks India’s weaker suit since they have a lot of inexperience in the department. Commendably, Bhuvneshwar Kumar has adapted himself very well to the situation. For some reason, the pace bowlers with more matches haven’t been able to maintain consistency. Ishant Sharma hasn’t taken up the challenge of leading India’s pace attack while Umesh Yadav has proved to be too expensive most times. Ravichandran Ashwin also needs to make an impact in varied conditions. This series will give them that chance to experiment.

India won’t find it easy against hosts West Indies in their first match especially after the Windies got off to a brilliant start against Sri Lanka. They would have to be extremely wary of Chris Gayle, who blasted a brilliant ton against the hapless Lankans. The other batsmen did not have much to do, but Johnson Charles and Darren Bravo did get some time out in the middle. West Indies’ bowling in the match against Lanka was particularly top class, with Sunil Narine, Ravi Rampaul and skipper Dwayne Bravo all getting among the wickets.

It would be fair to say that India won’t have it easy if West Indies perform to potential.