Sri Lanka’s version of the Indian Premier League has been scrapped by the nation’s cricket board following financial problems. 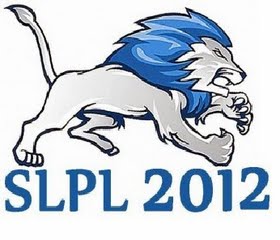 Sri Lanka’s version of the Indian Premier League has been scrapped by the nation’s cricket board following financial problems. Called as the Mahindra Sri Lanka Premier League, the richest tournament of the island nation was supposed to commence on the 10th of August but has been totally cancelled by the Sri Lankan Cricket Board.

For now, the SLPL has been cancelled for the current year 2013 and it remains to be seen if there would be any such tournament in the next year. According to the Sri Lankan Cricket Board, all the eight franchises failed to pay the tournament fee and most importantly could not furnish the necessary bank guarantees to ensure player payments.

The SLPL was always on a weak wicket as the Indian Cricket Board (BCCI) resisted from allowing any of the Indian cricketers to play in the tournament. Ironically, Sri Lankan players queue up to get a contract in the IPL and the Sri Lankan Board has no chance in stopping them. SLPL also suffered from the lack of interest from the Indian audience who are considered as a big market in the Television world.

It is learnt that all the eight franchises and also Somerset Entertainment Ventures, the marketing partner of Sri Lanka Cricket for the tournament have all incurred losses during the inaugural edition. The SLPL was slated to begin in 2011 itself but could only be a reality in 2012 with as many as 56 international players taking part. India and England players were missing amongst them while the biggest star of the tournament - Chris Gayle pulled out almost at the last moment because of a groin injury. Compared to the IPL, the SLPL certainly lacked in the star power of the big international players.