The Ashes 2019 is well and truly Australia’s after yet another stupendous show by Steve Smith at the Old Trafford. Following the Ben Stokes miracle at Headingley against a Smith-less Australia

The Ashes 2019 is well and truly Australia’s after yet another stupendous show by Steve Smith at the Old Trafford. Following the Ben Stokes miracle at Headingley against a Smith-less Australia, hopes had risen of a 2005-like encore. However, England’s overdependency on Stokes cost them as they faltered as even the Superhuman all-rounder ran out of fuel in the fourth Test.

Despite coming into the Ashes as World Champions, England have been the second-best team for most part of the series and a 2-1 scoreline in favour of the visitors is a fair reflection of how the series has panned out. The loss, following the reverses against West Indies, is further proof that England need to rebuilt their Test squad.

The hosts are not making drastic changes for The Oval game, which indicates that they have faith in their players despite the recent reverses. One forced change is the axing of the out-of-sorts Jason Roy in favour of all-rounder Sam Curran since Stokes will not be able to bowl following the shoulder injury he picked out at Old Trafford. Despite a reasonable performance, particularly his dogged batting on the last day in the previous Test, Craig Overton is unlucky to be dropped as England look to strengthen their balance with Chris Woakes. 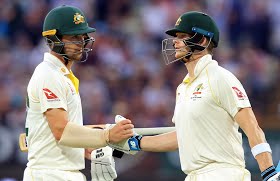 If England reflect on the Ashes loss, they would figure out that the defeat has been because only two senior players have put their hands up. Stokes has continued from where he left off in the World Cup and has just been on another planet. The failures at Old Trafford only proved he is human. With his inability to bowl at The Oval, he would be keen to sign off on a high with the bat. Stuart Broad has been the only other player who has made a mark for the hosts, running in and making life tough for the Aussie batsmen.

While Broad and Jofra Archer, despite all the controversy, have led the England pace attack admirably, there have suffered from lack of support. The story has been similar in the batting department. Rory Burns and Joe Denly have had their moments, but it has been tough at the top for either side. Skipper Joe Root’s hunt for the elusive hundred continues, and the peach he got from Pat Cummins in the last game could become the defining image of Ashes 2019. Jonny Bairstow and Jos Buttler, both averaging well below 30, have a point to prove.

Despite the Ashes ‘urned’, it is not as if the Aussies have been dominant. That is far from the truth. In fact, the visitors should be grateful to Steve Smith for rescuing them time and again. 671 runs from five innings with a lowest score of 82 speaks volumes of his redemption. The story has not quite been the same for David Warner (with 97 runs at an average of under 10). However, Pat Cummins and Josh Hazlewood have ensured that the bowling has been top-notch. The Aussie trio have clearly stood out as the difference between the two teams this Ashes.