England wicket-keeper Jos Buttler smashed a hundred off merely 46 balls in the fourth and final ODI between England and Pakistan at Dubai on Friday. Buttler’s ton is now at number eight in the list of fastest one-day hundreds. Here’s a look at the ten fastest hundreds in one-dayers till date.

AB de Villiers: It should not be surprising that the best player in the current era holds the record for the fastest one-day hundred. He need only 31 balls to reach his ton against West Indies at Johannesburg at the start of the year, on January 18, 2015. He ended up scoring 149 from 44 balls, with 9 fours and 16 sixes. 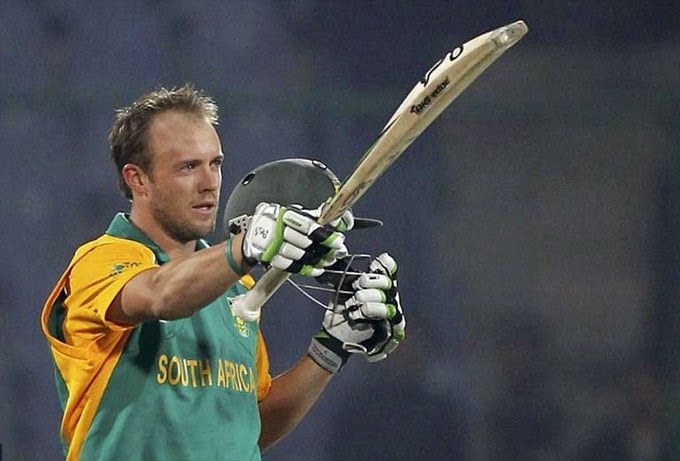 Corey Anderson: Just a year before de Villiers took over the record, New Zealand’s new batting sensation, Anderson, had overtaken the long standing record from Shahid Afridi. He needed 36 balls to complete his ton, also against West Indies on January 1, 2014. Anderson smashed 6 fours and 14 sixes in his unbeaten 131 from 47 balls.

Shahid Afridi: Although the swashbuckler never lived up to his talent, he gave an exhibition of his raw potential very early in his career. On October 4, 1996, he blasted a hundred from merely 37 balls, against Sri Lanka at Nairobi. Afridi ended up with 102 from 40 balls with 6 fours and 11 sixes.

Mark Boucher: The former South African wicket-keeper is at number four. He hit a ton from 44 balls against Zimbabwe at Potchefstroom on September 20, 2006. Boucher hit 8 fours and 10 sixes to remain unbeaten on 147 from 68 balls.

Brian Lara: The West Indian legend needed only 45 balls to reach a hundred against Bangladesh at Dhaka on October 9, 1999. Opening the innings, he made 117 from 62 balls with 18 fours and 4 sixes.

Shahid Afridi: Pakistan’s maverick batsman comes back in the picture at number six. He made a hundred off 45 balls against India at Kanpur on April 15, 2005. Afridi ended up making 102 from 46 balls with 10 fours and 9 sixes.

Jesse Ryder: The unpredictable Kiwi is at number seven. He smashed from 46 balls against West Indies at Queenstown on January 1, 2014, the same match in which Anderson got the record. Ryder made 104 from 51 balls with 12 fours and 5 sixes.

Jos Buttler: The latest entrant in the list, Buttler blasted a ton from 46 balls against a hapless Pakistan attack on November 20, 2015 at Dubai. Buttler hit 10 fours and 8 sixes in his unbeaten 116 from 52 deliveries.

Sanath Jayasuriya: One of the world’s most dreaded batsmen at his peak, Jayasuriya took 48 balls for his ton against Pakistan at Singapore on April 2, 1996. He blasted 11 fours and as many sixes in his 134 from 65 balls.

Kevin O’Brien: The Irishman enters at number 10. He made a scintillating ton off 50 balls during the 2011 World Cup game against England at Bangalore on March 2. O’Brien smashed 113 from 63 balls with 13 fours and 6 sixes as Ireland stunned England in the match.