Having found the winning touch in their last match, Kolkata Knight Riders would be hoping to maintain the momentum when they host Rajasthan Royals in an Indian Premier League return match here on Friday. 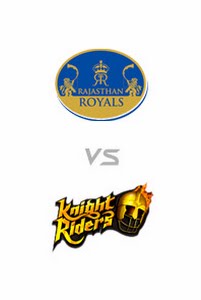 The timing could not have been better for the Knights to capitalise as the Royals are coming after a battering at the hands of Mumbai Indians in their last match Wednesday.

With the Knight Riders’ next match (vs Kings XI Punjab on Sunday) also scheduled at home, maintaining the winning momentum will top their agenda.

Whereas Rahul Dravid’s men appear a bit tired with the hectic scheduling, the Knights are fortunate to get a day’s extra break after their win against the Royal Challengers Bangalore on Tuesday.