Going into the third T20, Zimbabwe knew they had to win the match to stay alive in the series. Bangladesh had the advantage, having won the first two matches rather convincingly

Going into the third T20, Zimbabwe knew they had to win the match to stay alive in the series. Bangladesh had the advantage, having won the first two matches rather convincingly. Playing at home definitely gave them an upper hand. But, Zimbabwe finally got their bearings right to win the match by a comprehensive margin of 31 runs. Batting first, they posted an impressive 187 for 6. In response, Bangladesh struggled, managing only 156 for 6 in their 20 overs. The victory means Zimbabwe will have a chance to square the series in the final match on Friday.

Batting first, Zimbabwe got off to an excellent start, with the opening pair of Hamilton Masakadza and Vusi Sibanda adding 45 for the first wicket in four overs. Masakadza fell for 20, having hit five fours, before falling to Mohammad Shahid. Most of the Zimbabwe batsmen in the top and middle order fired, thus ensuring that the visitors were always in with a chance to finish with a match-winning total. Richmond Mutumbami also made a quick 20 before perishing. Zimbabwe were scoring at eight runs an over when the second wicket fell. 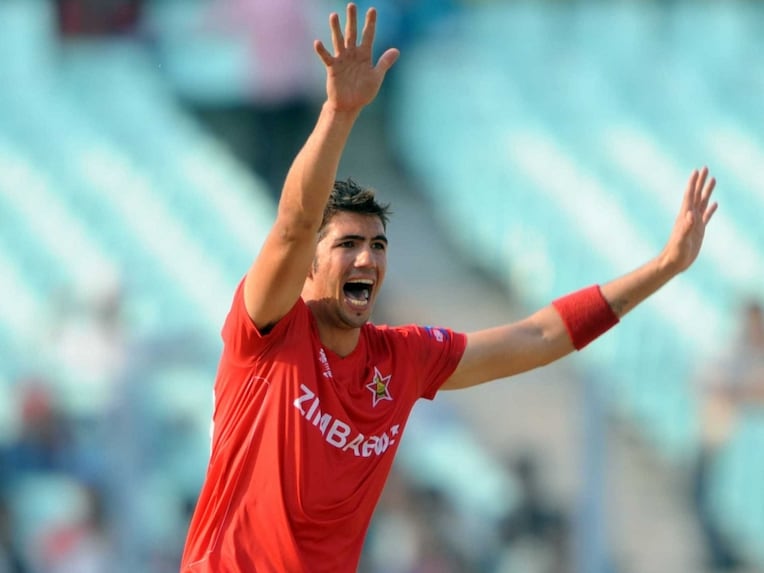 At the other end, Sibanda went on to score a fluent 44 before he became the third Zimbabwe wicket to fall. Sibanda’s innings came off 33 balls (six fours and a six). But, his dismissal left Zimbabwe in a spot of bother at 89 for 3. Sean Williams and Malcolm Waller then joined forces in an impressive fourth wicket partnership that put Zimbabwe in command. Waller stood out with his 49 from 23 balls, a knock which featured four sixes. Williams, on the other hand, made 32 from 26 balls before being trapped lbw by Abu Hider. Peter Moor hit a quick unbeaten 10 from 4 as Zimbabwe finished their innings on a high.

Bangladesh’s bowling was not as successful as in the previous two matches. Shakib Al Hasan stood out with 3 for 32 while Hider claimed 2 for 40. Shahid and Mashrafe Mortaza proved to be rather expensive. Bangladesh’s chase began on a disastrous note as Imrul Kayes was cleaned up by Tendai Chisoro for 1. Soumya Sarkar and Sabbir Rahman featured in a good rescue act for Bangladesh for the second wicket. The duo took the score to 69 when Sarkar was dismissed by Graeme Cremer for 25.

The match was in the balance but Rahman’s dismissal exactly for 50 turned the match in Zimbabwe’s favour. He was sent back by Sikandar Raza with the score reading 92 for 3. Rahman hit nine fours in his 32-ball knock. They soon collapsed to 107 for 6. Muktar Ali (19 not out) and Nurul Hasan (30 not out) kept the fight alive for Bangladesh, but it wasn’t enough for them to claim victory. Cremer stood out for Zimbabwe with 3 for 18. Chisoro finished with 1 for 15 when Raza claimed 2 for 7. Zimbabwe were clearly the dominant side.