West Indies squad for Second Test against England on 21 Apr, 2015

WI vs ENG 2nd Test Live Scores, Squads: Sulieman Benn has been dropped for the second Test against England after managing just two wickets in the first game.

Sulieman Benn has been dropped for the second Test against England after managing just two wickets in the first game.

Right-arm fast bowler Shannon Gabriel has been drafted in the squad as a replacement for Benn. 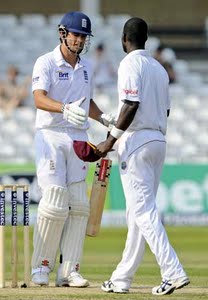 The first Test at Sir Vivian Richards stadium ended in a draw with a West Indies fightback on the fifth day, led by an unbeaten century from Jason Holder.