Flashback: When India and Sri Lanka last met at the P Sara Oval

India and Sri Lanka will be facing each other in the second Test of the three-match series at the P Sara Oval starting from Thursday. Here’s a look at the last time the two teams faced each other at the venue, and how things panned out

India and Sri Lanka will be facing each other in the second Test of the three-match series at the P Sara Oval starting from Thursday. Here’s a look at the last time the two teams faced each other at the venue, and how things panned out.

Toss: Sri Lanka won the toss and elected to bat

In the match, which was played between August 3 and August 7 in 2010, Sri Lanka batted first and put up a highly competitive score of 425 all out. Thilan Samaraweera was the star of 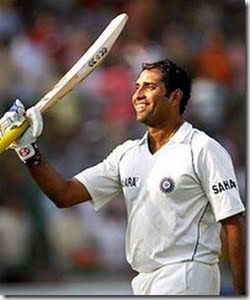 the show with an unbeaten 137. He batted for 370 minutes, and hit 12 fours and a six. There were good supporting acts from Kumar Sangakkara, who hit a quick 75. Mahela Jayawardene made a valiant 56 while Tillakaratne Dilshan chipped in with 41. For India, Ishant Sharma picked up 4 for 115 and Ishant Sharma claimed 3 for 72.

India responded well, putting up 436 on the board. Virender Sehwag was his usual aggressive self at the top, and blasted 109 from 105 balls with the aid of 19 fours. While no one else crossed three figures, there were a lot of significant contributions from the other key batsmen. Suresh Raina made 62, Sachin Tendulkar 56, Abhimanyu Mithun 46, Sachin Tendulkar 41 and Amit Mishra 40. Thanks to them, India matched Sri Lanka in the batting. Suraj Randiv was Sri Lanka’s most successful bowler with 4 for 80. Lasith Malinga chipped in with 3 for 119.

In the second innings, Sri Lanka responded with 267 all out. Samaraweera yet again top scored with 83 from 139 balls. But, there was a stage when Sri Lanka had crumbled to 125 for 8 in the face of an unrelenting bowling performance. However, Samaraweera found an unexpected ally in tailender Ajantha Mendis. The man, known only for his mystery bowling till then, smashed a brilliant 78 from 157 balls 10 fours and a six. Sri Lanka recovered to post 267 thanks to their partnership. Ojha, Sehwag and Mishra all finished with three scalps each for India.

Chasing a target of 258, India lost Sehwag for a duck. India stumbled to 62 for 4 as Rahul Dravid, Murali Vijay and nightwatchman Ishant all fell cheaply. In desperate need of a partnership, Sachin Tendulkar and VVS Laxman came together, and steadied the ship for India. Tendulkar completed his half-century and fell soon after, making 54 from 122 balls. However, Laxman, troubled by back spasms, battled on, and found another trustworthy ally in Suresh Raina. Laxman, took full control of the Indian innings, and finished unbeaten on 103 from 149 balls, having hit 12 crisp fours. It was one of the best innings he had played under pressure although better was to follow not soon after. Raina, on the other hand, remained unbeaten on 41 from 45 balls. India, eventually, won easily by five wickets.