Experienced England all-rounder Ben Stokes, who announced his retirement from one-day cricket on Monday (July 18), has lamented that the jam-packed schedule is taking a toll on cricketers. He stated that players are not cars that can be filled up with petrol.

31-year-old Stokes announced his retirement from one-day cricket, stating that he was not able to give his 100 percent in the format. England's first ODI against South Africa in Durham on Tuesday was his last one-day game for the country. The all-rounder had a poor game, going for 44 runs in his five overs and scoring only five with the bat being trapped lbw by Aiden Markram.

Speaking ahead of the match, Stokes opened up to Sky Sports about his ODI retirement decision. He said, “It was never going to be an easy one, but now being the captain of the Test team and how much cricket is coming up, I have to look after my body because I want to play as long as I possibly can.” 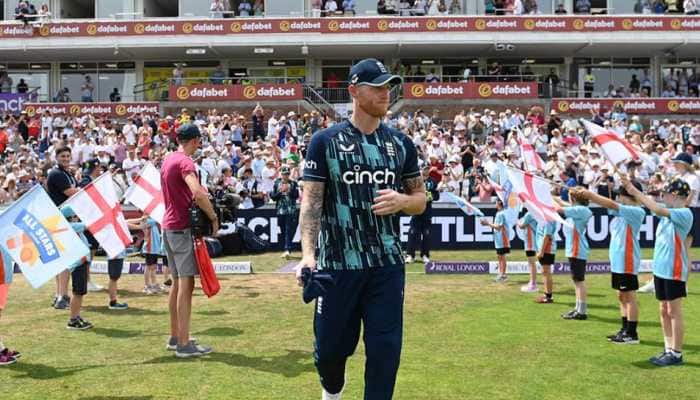 He added that he wants to play 140-150 Tests for England like James Anderson and Stuart Broad have done. The all-rounder continued, “I look at how Jimmy and Broady's careers have gone since they stopped playing white-ball cricket... I want to play 140, 150 Test matches for England.”

On why he chose to quit one-dayers and not T20Is, the 2019 World Cup-winning cricketer explained, “It's come earlier than I would have liked but in T20 cricket I bowl 2 or 3 overs here and there. Hopefully when I'm 35, 36 I can look back on this decision and say I'm happy with it.”

The Test captain concluded saying that every player should be able to give his 100 percent while representing the country. Referring to the punishing schedules, he lamented, “We're not cars where you can fill us up with petrol. It does all add up, it does have an effect on you. The schedule is jam-packed and you're asking a lot of the players to keep putting in 100% of their efforts every time you walk onto the field for your country.”

Stokes’last one-day match for England ended in defeat as South Africa won the Durham encounter by 62 runs. The versatile cricketer ends his ODI career with 2924 runs in 105 matches at an average of 38.98. He claimed 74 wickets at an average of 42.39.