The Board of Control for Cricket in India (BCCI), on Tuesday, reportedly told the Indian Premier League (IPL) franchises that this year’s edition has been "postponed indefinitely". The report came after Prime Minister Narendra Modi officially extended the lockdown in the country over the Coronavirus pandemic to May 3.

Although there has been no official announcement yet, according to a PTI report, the BCCI has informed both the franchises and the broadcasters that IPL 2020 stands postponed as of now. "Yes, the BCCI has intimated us that IPL has been postponed for the time being but they are hopeful of finding a window later this year as and when things normalise," a franchise official was quoted as telling PTI on condition of anonymity. 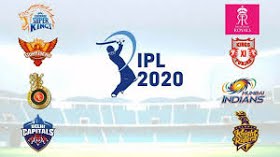 The BCCI had been waiting for the government to announce their latest move on the lockdown before deciding on the fate of the tournament. It was clear even before Tuesday that the IPL was not going to be held any time soon as the cases of COVID-19 have been constantly rising in the country.

Even BCCI President Sourav Ganguly had recently stated that the IPL is not a priority as of now. Speaking to The New Indian Express, Ganguly had said, “We keep monitoring developments. At the present moment, we can’t say anything. And what is there to say anyway? Airports are shut, people are stuck at home, offices are locked down, nobody can go anywhere. And it seems this is how it’s going to be till the middle of May.”

He had gone on to add, “Where will you get players from, where do players travel. It’s just simple common sense that at the moment, nothing is in favour of any kind of sport anywhere in the world, forget IPL.”

The IPL was initially scheduled to take place from March 29 to May 24 before it was postponed to April 15 in the wake of visas being put on hold. Among the other options to hold IPL include between September and November if the T20 World Cup in Australia scheduled to be held in October-November gets rescheduled. The other alternative could be a six-week tournament between September and early October as the Asia Cup and England’s white-ball tour of India are unlikely to go ahead.

Speaking of the Coronavirus impact in India, currently over 10,000 positive cases have come to the fore with the death toll crossing 350.