1st edition of the Bangladesh Premier League (BPL) Schedule will kick off on February 9, 2012 with the final to be played on February 29.

1st edition of the Bangladesh Premier League (BPL) will kick off on February 9, 2012 with the final to be played on February 29. The 20-day tournament will feature six teams that will play each other twice each in a round-robin format over 33 matches to be held in Chittagong and Dhaka. 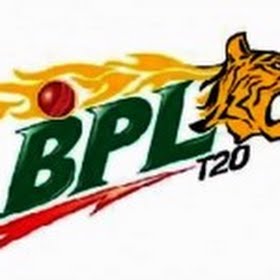 Teams will be allowed to field five foreign players in their XIs, as opposed to four in the IPL. Adam Gilchrist, Matthew Hayden, Kieron Pollard, Dwayne Bravo and Kamran Akmal are among at least 25 foreign players who have made themselves available for the tournament.

As in the first season of the IPL, each team will have an icon player. The Bangladesh Cricket Board announced yesterday that Tamim Iqbal will be the icon player for Chittagong, Mohammad Ashraful for Dhaka, Alok Kapali for Sylhet, Shahriar Nafees for Barisal, Mushfiqur Rahim for Rajshahi and Shakib Al Hasan for Khulna. The players will be paid 5% more than the amount received by the highest paid player of each franchise.

The BPL will be televised on a new sports channel in Bangladesh and the organisers are believed to be in discussions with Ten Sports to broadcast the tournament in India. However, India's domestic 50-over tournament begins on February 20 and therefore could restrict Indian participation. "India is a problem," Lal said. "In the first six or eight games, they [India players] could play."

The organisers are also hoping that the winner of the BPL will be given a place in the Champions League Twenty20 next year.