Ajit Agarkar: The man who deserves a little more than just ridicule

Has there ever been a cricketer more ridiculed in world cricket that Ajit Agarkar? It will be difficult to come out with yes as an answer. Even the announcement of his retirement was followed by jokes on social networking sites with obvious references to his string of ducks ‘Down Under’ and his wayward bowling

Has there ever been a cricketer more ridiculed in world cricket that Ajit Agarkar? It will be difficult to come out with yes as an answer. Even the announcement of his retirement was followed by jokes on social networking sites with obvious references to his string of ducks ‘Down Under’ and his wayward bowling. It is true that Agarkar has let India down on numerous occasions during his international career, but it is equally a fact that he has achieved reasonable amount of success while playing for the country that deserves to be respected. 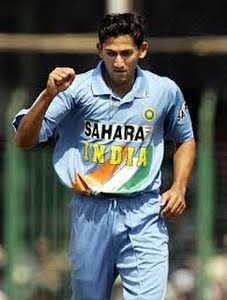 There are two ways to look back at Agarkar’s career – one as a man who did not live up to his potential and other as someone who achieved a lot more than others with his kind of talent have. For all his failings, people often tend to forget the fact that Agarkar is India’s third-highest leading wicket-taker in ODIs, a format in which he prospered. His 288 wickets came at an average of 27.85 and a strike rate of 32.9, better than Anil Kumble and Javagal Srinath, the only two bowlers to grab over 300 wickets for India in one-dayers.

Agarkar’s poor control was what undid most of his good work. He could bowl five brilliant deliveries in an over, but the batsmen always knew that the boundary ball was coming. It was surprising that Agarkar could not improve on this aspect of his game even after gaining a substantial amount of international experience. This is one of the key reasons why his India career had finished before he had turned 30. An economy rate of over 5 is pretty much acceptable in today’s times, but it must be remembered that Agarkar played in the era before the new Power Play restrictions came into play, and hence his economy rate was considered way too high for a strike bowler.

The Mumbai lad though wouldn’t be too unpleased with his overall ODI career. Even with the number of matches being played these days, featuring in 191 games is a significant achievement. Agarkar had his memorable moments in ODIs, with a number of match-winning spells, 10 four-wicket and 2 five-wicket hauls will remain proof of his wicket-taking ability. He had his days with the bat as well, cracking a 50 in 21 balls against Zimbabwe, and leading India to a tight win over Sri Lanka in Sharjah back in 1998.

It is his Test career that will flummox most cricket pundits. Those who watched him run through the strong Aussie line-up a decade back at Adelaide would find it difficult to decipher why Agarkar only ended up with 58 wickets from 26 Tests. Probably, Agarkar did not have enough confidence in himself to succeed at the top level, or may be his body wasn’t up to it. As for his all-round skills, Agarkar always maintained that he was not an all-rounder, but he made life difficult for himself by cracking a Test century at Lord’s!

So, how does one remember Agarkar then? As a failed talent or a moderate success? The debate may never end, and, sadly, even the ridicule. But, as Srinath said, Agarkar always gave his best on the cricket field, and for that alone the much- maligned Mumbaikar deserved some kudos. Well played, Ajit!