First batsman to score 200 from each Test playing nation!

On Monday, Bangladesh skipper Mushfiqur Rahim created history at Galle by becoming the first batsman from his country to score a double hundred in Tests. Rahim achieved this feat en route to his magnificent innings... 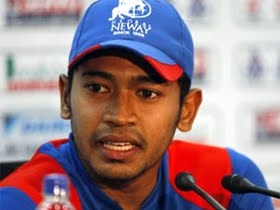 On Monday, Bangladesh skipper Mushfiqur Rahim created history at Galle by becoming the first batsman from his country to score a double hundred in Tests. Rahim achieved this feat en route to his magnificent innings, which ended exactly on 200, on day four of the high-scoring Test. Rahim faced 321 balls, hit 21 boundaries and a six as the Sri Lankan bowlers were sent on a leather hunt. During the course of the innings, Bangladesh also achieved their highest Test score –638. We look back at the first players to score double hundreds for their respectively countries.

Billy Murdoch (Australia): He was not only the first Australian to score a double century in Tests, but was also the first ever Test cricketer in the world to breach the 200-run mark. Murdoch achieved this feat during the third Ashes Test at the Kennington Oval, London in August 1884. Batting at number three, Murdoch made 211 after facing 525 balls. He hit a total of 24 fours during his innings. The match ended in a draw.

Polly Umrigar (India): This was the first ever Test between India and New Zealand, in November 1955, and although the game at Hyderabad ended in a draw, Umrigar made it a memorable one for the Indians by cracking the first ever double hundred in Indian Test history. Umrigar made 223 having batted for over 500 minutes, with the help of 26 boundaries. Vinoo Mankad made the same score in the very next Test!

Tip Foster (England): The middle-order batsman slammed 287 in 419 minutes with the aid of as many as 37 boundaries against Australia at the SCG in December 1903. Unbelievably, this was also Foster debut Test. England went on to win the timeless Test by five wickets.

Aubrey Faulkner (South Africa): The number three batsman made 204 having batted for 315 minutes against Australia at the MCG in January 1911. Faulkner hit 26 boundaries in his knock, which went in vain as Australia recovered to win by 89 runs.

Clifford Roach (West Indies): The opener scored 209 against England at Georgetown in February 1930, batting for 295 minutes. Roach’s knock featured 22 fours and three sixes as the Windies comfortably won the clash by 289 runs.

Martin Donnelly (New Zealand): The Kiwi batsman made 206 against England at Lord’s in June 1949 in a Test that ended in a draw. Donnelly’s knock lasted 355 minutes and featured 26 boundaries.

Imtiaz Ahmed (Pakistan): The Pakistan wicket-keeper batting at number eight against New Zealand at Lahore in October 1955 registered 209 batting for 380 minutes, an innings which featured 28 fours. Pakistan won the game by four wickets.

Brendon Kuruppu (Sri Lanka): The wicket-keeper made 201 not out playing in his debut Test, against New Zealand at Colombo in April 1987. Kuruppu’s marathon lasted 548 balls and was embellished with 24 boundaries. The match was drawn.

Dave Houghton (Zimbabwe): The Zimbabwean legend blasted a stunning 266 against Sri Lanka at Bulawayo in October 1994. Houghton’s knock lasted 541 balls and featured 30 fours and three sixes as the Test was drawn.