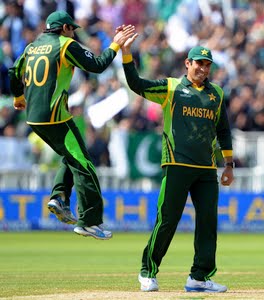 Pitch report : On a day when 701 runs were scored in the India-Australia ODI in Nagpur, fans of the 50-over format were reminded of the drama of a low-scoring thriller, as South Africa nudged out Pakistan by one run in a tense game. However, if AB de Villiers has his way, it's unlikely there will be any more tight matches in the series. De Villiers hoped the win would act as a catalyst for South Africa, creating more consistent one-day form for a team that has struggled to hit the high notes they find with ease in the longer format. "You need a win like this sometimes to turn things around," de Villiers said, while admitting he does not know why the batting line-up continues to fail. "We are not getting partnerships going; not playing well together as a batting unit. I believe we will get there." Graeme Smith's return has added some stability but South Africa's middle order is still shaky. Technique, although something that cannot be altered overnight, in the UAE conditions and against a crafty spin attack is still being exposed even as the bowlers continue to save the team blushes. Pakistan are in the same state. Their bowling attack is capable of putting the team in positions of advantage that their batsmen continually squander. They will have to find a way to play their former countryman Imran Tahir and keep runs flowing while the South Africa seamers are in operation. For now, it remains a contest that resembles a bowl-off between two aggressive attacks feasting on two limp line-ups. In a game ruled by batsmen, that's not necessarily a bad thing, although both teams would prefer to score more runs.

The one run difference between the two teams is the smallest margin of victory (in runs) this year. South Africa were also involved in two matches that ended with a one-wicket margin - both against New Zealand.
Misbah-ul-Haq is 102 runs behind George Bailey on the list of leading ODI run-scorers in 2013. With 41 wickets, Saeed Ajmal is two wickets behind Ravindra Jadeja on the list of leading wicket-takers in ODIs this year.