India may not be taking part in the fifth match of the tri-series at Port of Spain, but it is courtesy them that the clash between Sri Lanka and hosts West Indies has assumed great significance.

India may not be taking part in the fifth match of the tri-series at Port of Spain, but it is courtesy them that the clash between Sri Lanka and hosts West Indies has assumed great significance. Had India lost to West Indies on Friday, they would have been knocked out of the tournament, which would have meant that Sri Lanka and West Indies would have automatically qualified for the finals and the remaining two league games would have been rendered pretty much meaningless. Things have changed now. West Indies will have to win to assure their progress to the final, while a victory for Lanka, would keep them alive in the tournament. 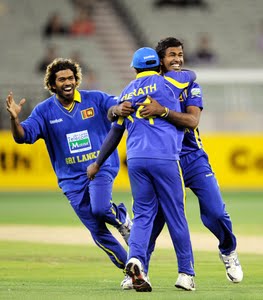 There is no such thing as form in such a short tournament, so Windies’ poor loss in the last game to India and Sri Lanka’s sensational win against the same opponent a few days back shouldn’t have much of an impact on the manner in which the two teams come out to battle on Sunday. Of course, West Indies would be a bit down psychologically, and Sri Lanka would be an equally big mental high, but things can quick change on the field. Both teams would thus want to bring their A-game to the middle on Sunday.

Speaking of West Indies, the loss of skipper Dwayne Bravo for the crucial game, due to the slow-over rate his side maintained against India, has come as a jolt for West Indies for sure. The players are yet to get fully acclimatised to Bravo’s style of leadership, and the change in guard for the one match could affect their rhythm. Whoever takes over from Bravo for the match would have a tough task on hand. One person’s loss is another person’s gain, and so the captain’s absence would give a chance to either Lendl Simmons for Devon Smith to come into the playing eleven.

Above all, West Indies would want their batsmen to improve on their apathetic showing against India. They did very well against the Lankans the last time, Chris Gayle in particular, which will give them confidence going into the match. The other opener Johnson Charles also has been in very good form, which augurs well for the hosts. The middle order is the bigger problem. Darren Bravo, Marlon Samuels and Kieron Pollard will have to raise their games by notches. The death overs bowling is another major cause of concern. Against India, it was the factor that cost them the game.

Following their crushing win against India, Lanka would be on a high. But, the flip side is that apart from the openers, Upul Tharanga and Mahela Jayawardene, the other batsmen haven’t got much of a look in. In the first game against West Indies, their batting was ordinary, an aspect West Indies would be keen to capitalise on. If they openers provide them with a solid start, well and good, but if they fall early, it would be interesting to see how the other batsmen respond to the challenge. Their bowling will be tested as well, if Gayle and co fire.