The Twists And Turns Of Test Cricket: The Third Day At Lords

If the first day at Lord’s was a poor advert for test cricket then the third day was test cricket at its best.If New Zealand began the day in the ascendency, then James Anderson, continuing his expert display from the second day,and Steven Finn, would soon swing it England’s way.

If the first day at Lord’s was a poor advert for test cricket then the third day was test cricket at its best.If New Zealand began the day in the ascendency, then James Anderson, continuing his expert display from the second day,and Steven Finn, would soon swing it England’s way. The visitors then took early wickets to regain some ground before Joe Root and Jonathan Trott crafted a 123-run partnership that threatened to wrest the game totally away from them; only for Tim Southee, Neil Wagner and Kane Williamson to strike back and leave the game intriguingly poised.

This kind of ebb and flow is the most compelling aspect of the game’s longest form. If T20 provides entertainment that is visceral and elicits celebration that is unbridled, test cricket’s attraction are the many permutations that can develop over the duration of a game; the intellectual rigor that it demands of those who would study it closely; and the variety of skills and the endurance it engenders in its players.

Most batsmen can throw caution to the wind and swing hard enough and often enough to make 40 off 20 deliveries. But only the master practitioner can confront the most difficult conditions and the canniest bowling to bat for hours and score a hundred. That T20 requires skill is not in question. Chris Gayle, Sunil Narine, Shane Watson and Lasith Malinga are incredibly gifted players; it’s just that the game’s shortest form does not require that they employ their full repertoire.

James Anderson, on the second day and on the third morning, produced 24 overs of the highest class. His delivery to dismiss Bruce Martin is one he probably wished he could have saved for someone more troublesome in the top order and New Zealand was polished off for 207, twenty-five runs behind their opponents. They had therefore failed to fulfill what must have been their plan coming into the third day: to preserve wickets early on, especially that of captain Brendon McCallum, before pushing for a large lead.

Aware of the damage he can wreak, McCallum’s wicket is the one England would have wanted to knock over early and Stuart Brad obliged in the very first over of the day, luring the batsman into a drive outside off that he edged through to the wicketkeeper. It was a serious blow from which the tourists never recovered, though Kane Williamson made a solid 60.

When England’s turn came New Zealand forced two early breakthroughs and could have possibly done more damage if luck had been on their side. Cook might have edged a delivery from Trent Boult to the wicketkeeper but the umpire turned down the appeal and the hot spot technology showed nothing to overturn the decision. Later on, however, “snicko,” not used in DRS, seemed to suggest that the ball had indeed kissed the edge of Cook’s bat.The England captain never capitalized much on his good fortune, however, and by the score reached 36 both openers were back in the pavilion.

Root and Trott then went to work on extinguishing whatever chances the visitors had of gaining a strong foothold. Unlike the first day when their batting was devoid of any positive intent, the batsmen capitalized on the scoring opportunities that were presented to them. Root in particular was very impressive and showed why he is held in such high regard by those who follow his career closely. 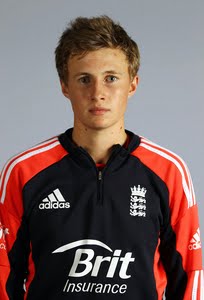 But just when the tourists seemed about to lose hope, Tim Southee snaked a delivery that Root might have been late on, between bat and pad and onto the batsman’s stumps. They had finally broken through. And they didn’t stop there either: Root was out with the score on 159 and three more were knocked over for just 12 more runs.

By the time stumps were drawn England were 180/6. New Zealand had forced their way back into the game. The hosts were now 205 runs ahead, already a challenging total considering they only made 207 in their first innings, but at least they were in with a real chance.

One thing that would have made the New Zealanders very concerned was the bowling of Kane Williamson. The part-time off-spinner bowled Trott through the gate with a delivery that turned sharply. He then continued troubling the other batsmen with the kind of turn that would have had Graham Swann smiling from ear to ear.

The New Zealanders would be well aware, then, that the task before them is gargantuan. At this point England should reasonably be the favourites to gain the lead in this series but nothing can be taken for granted. A game that has already undergone a number of twists and turns might still have a few more left. That is the glory of test cricket.