Pakistan beat India by five wickets in the Super 4 clash of the Asia Cup 2022 in Dubai on Sunday (September 4). Batting first after losing the toss, India put up a competitive 181 for 7 on the board as Virat Kohli top-scored with 60 off 44. However, Mohammad Rizwan (71 off 51) and Mohammad Nawaz (42 off 20) played terrific knocks to lift Pakistan to victory in the last over. The two added 73 for the third wicket at quick pace to turn the tables on India.

Earlier, India stumbled from 54 for no loss to 131 for 5 as Pakistan made a terrific comeback in the match after their bowlers were pounded in the powerplay. Rohit Sharma (28 off 16) and KL Rahul (28 off 20) zoomed away, but Suryakumar Yadav (13), Rishabh Pant (14) and Hardik Pandya (0) fell cheaply. For Pakistan, Shadab Khan claimed 2 for 31, while Nawaz was economical with figures of 1 for 25.

Speaking at the post-match presentation, Pakistan skipper Babar Azam said, “Our effort is to keep it simple. Ups and downs will keep happening. They (India) got the edge the way they utilised the powerplay. But our bowlers made a comeback. Rizwan and Nawaz partnership was the turning point. “ 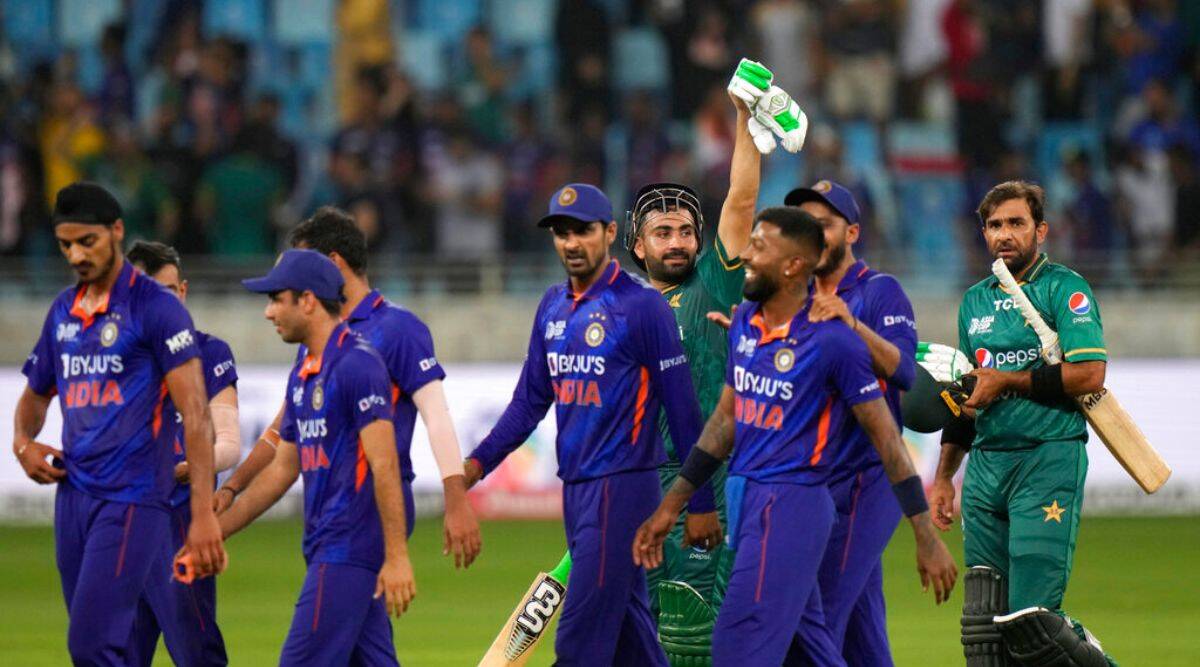 On Nawaz’s promotion, he explained, “I had a hunch Nawaz would be key against legspinners.”

Speaking about his knock, Player of the Match Nawaz said that he had clarity about his role and that helped his cause. He elaborated, “Legspinners were in operation and there was one short boundary as well. Needed around 10 rpo at that time. I had clarity about going for it if it was in my area. Sometimes in a high pressure situation when you're looking to go hard, you tend to lose shape.”

Indian captain Rohit Sharma credited Pakistan for holding their nerve in a high-tense chase. He admitted that the Rizwan-Nawaz partnership lasted for a bit too long for them. Rohit said, “It's a high pressure game we know that. You've got to be at it every time. A game like that can take a lot. We were calm even when there was a partnership between Rizwan and Nawaz. But that partnership obviously went a little long and they batted brilliantly. Games like this can bring the best out of them if they deliver.”

India will take on Sri Lanka in the next Super 4 match in Dubai on Tuesday, September 6.