India have never won the World Cup even once. Their best performance was being runner-up at the 2005 edition in South Africa. The Indian eves were thrashed by the Australians by 98 runs on that occasion.

The 2013 ICC Women’s World Cup kicks off on January 31 and will conclude with the final on February 17. Although the event is being held in the sport-crazy nation of India, there is no hype around the tournament, unlike the men’s game, where the countdown begins two months in advance. We tried to gather some information regarding the tournament, which is actually the most prestigious one in women’s cricket, and yet never gets enough coverage in India. 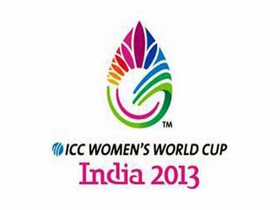 This year’s edition will be the tenth Women’s World Cup and the third time the event is being held in India. The earlier two editions in India were held in 1978 and 1997. A total of eight teams will be taking part in this year’s event -- they are India, England, Pakistan, West Indies, Sri Lanka, Australia, New Zealand and South Africa. The teams have been divided into two groups A and B. Group A comprises England, India, West Indies, Sri Lanka while Group B consists of Australia, New Zealand Pakistan, and South Africa.

Each team in a group will play the other (round robin format) in the opening round of the tournament. Following the conclusion of the opening round, the top three teams from both the groups will qualify for the Super Sixes. Here, each of the six teams will feature in three matches. The teams who met in the opening round will not clash again. Instead, the points they won during the first round against the opponent from the same group will be carried forward. The top two teams at the end of the Super Sixes stage will directly qualify for the final, to be held at the Brabourne Stadium, Mumbai on February 17. Before that, there would be matches for the 3rd place, 5th place and 7th place playoffs.

Team India at the World Cup

The Indian team would be led by Mithali Raj, who is also the side’s best batswoman. Medium pacer Jhulan Goswami is the other highly experienced member of the Indian squad. The duo will have to play a major role if India are to do well in the World Cup at home. The other members of the squad are as follows –Ekta Bisht, Karu Jain, Thirush Kamini, Harmanpreet Kaur, Reema Malhotra, Mona Meshram, Sulakshana Naik, Nagarajan Niranjana, Rasanara Parvin, Poonam Raut, Amita Sharma, Shubhlakshmi Sharma and Gouher Sultana.

India have never won the World Cup even once. Their best performance was being runner-up at the 2005 edition in South Africa. The Indian eves were thrashed by the Australians by 98 runs on that occasion. With the tournament being held at home this year, they would look to repeat the heroics of the men’s team, who won the premier tournament at home in 2011.

The inaugural Women’s World Cup was held in England in 1973, two years before the maiden men’s edition! The hosts went on to clinch the tournament, defeating Australia in the final. The Aussies went on to dominate and win the next three editions held in 1978, 1982 and 1988. England were the winners in 1993 again while Australia went on to win two more titles, in 1997 and 2005. In between, New Zealand grabbed their maiden crown in 2000. England are the defending champions, having won the last edition held in 2009 in Australia.