One of the reasons why Ireland would believe that they can upset a few top teams is the presence of a supremely talented hard-hitter like Kevin in their ranks.

One of the reasons why Ireland would believe that they can upset a few top teams is the presence of a supremely talented hard-hitter like Kevin in their ranks. Who can ever forget that monstrousinnings in the 2011 World Cup game against England? There is no doubt that Kevin has the ability to be a match-winner time and again for Ireland, but the lack of competitive cricket Ireland play means he doesn’t get too many opportunities to hone his skills against the best. The World T20 will give him that chance, and it will be interesting to see what he makes of it. 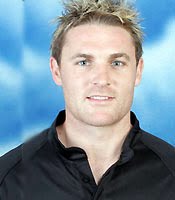 Among the most feared T20 batsmen in the game, the Kiwi gave his team plenty of encouraging signs with his match-winning 91 in the last T20 against India at Chennai. New Zealand’s chances of doing well would depend heavily on him for the primary reason that he is the team’s most attacking batsmanand the opener as well. McCullum’s experience both in IPL and other T20 tournaments should give him confidence, since he has been rather successful in them. Above all, his big-hitting ability can be matched by few in world cricket today. 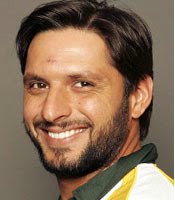 He was the outstanding performer when Pakistan surprised everyone to claim the T20 World Cup in 2009. In a sense, Afridi’s game is perfectly suited for this format of cricket. He can throw his bat at every delivery and, unlike in ODIs, nobody will catch his neck if he gets out playing a rash stroke. On the contrary, on days when his big hits come off, he will put Pakistan in a superlative position. Apart from him batting, Afridi has a key role with the ball as well. His fastish leg-breaks are difficult to get away, and he has the ability to pick wickets as well. A dangerous opponent. 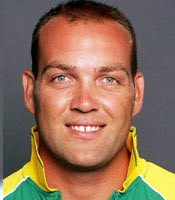 Even at 36 plus, Kallis remains crucial to South Africa’s chances in this format of the game. His recent IPL-winning stint with KKR should stand him in good stead. The major challenge for Kallis would be to score at a pace that does not hinder the team’s progress. The all-rounder is an excellent timer of the ball, but his ability to clear the field will be tested for sure. With the ball, Kallis will be expected to keep things tight, even as opposing batsmen tried to attack him. In spite of his vast experience, it won’t be an easy task for Kallis.

The best quality of Mathews is that he is a very good judge of a situation. He knows exactly when to go for the big hits and, more significantly, has the ability to come up with the same more often than not. An extremely cool customer, Mathews would be most handy towards the end of the innings, irrespective of whether Lanka are setting a total or chasing one. Mathews is an intelligent bowler as well who, in familiar conditions, will be expected to bowl a tight line, and exert pressure on the opposing batsmen.