Toss turned out to be very important: Kohli after Wellington thrashing

India succumbed to their first loss in the World Test Championship, going down to New Zealand by 10 wickets in the Wellington Test, the first game of a two-match series. Resuming day four at 144 for 4, still trailing by 39 runs, India were bowled out for 191 as man of the match Tim Southee picked up 5 for 61 and Trent Boult 4 for 39.

India lost their first innings top-scorer Ajinkya Rahane in the third over of the day as he nicked one behind from Boult for 29. Soon, Hanuma Vihari (15) was bowled by a Southee inswinger as the batsman couldn’t judge the swing. Colin de Grandhomme sent back Ishant Sharma (12) by trapping him in front of the wickets. Rishabh Pant (25) and Mohammed Shami (2) too fell quickly, leaving the Kiwis only nine to get for victory. The triumph marked their 100th Test win. 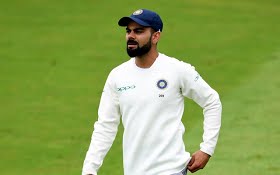 Following the disappointing loss, Indian skipper Virat Kohli stated that the toss had a huge impact, but admitted that as a batting unit they were not competitive enough. "Day 1, the toss did turn out to be very important. But at the same time, we take a lot of pride in being competitive as a batting unit and we were just not competitive enough. I don't think we put their bowlers under enough pressure. Anything over 220-230 and we would have been talking a different language," Kohli stated at the post-match presentation ceremony.

India had managed to reduce New Zealand to 225 for seven in the first innings, but the last three wickets added 123 to give the hosts a healthy 183-run lead. The Indian skipper admitted that his side’s inability to run through the tail, not for the first time, cost India dear.

"The first innings really put us behind in the game and the lead put us under pressure. As a bowling group, we have been pretty competitive in bowling good channels for long periods of time. Till about 7 wickets, we were pretty good. The wicket did get better. The last 3 wickets and those 120 runs hurt us and pushed us out of the game," conceded Kohli.

Kohli, however, defended young opener Prithvi Shaw who failed with the bat in both innings. "Prithvi has played only two games away from home. He is a natural strokemaker and would figure out things to get the runs going. Mayank (Agarwal) was outstanding in both the innings. Him and Jinks (Rahane) were the only two batters who got some tempo. We just need to stick our template as a batting unit," felt the Indian captain, who himself is under pressure having managed only one fifty on the tour so far.

The 2nd and final Test starts in Christchurch from February 29.