Daryl Tuffey, the former New Zealand medium pacer has announced his retirement from all forms of cricket at the age of 34. The tall medium pacer had played 26 Tests, 94 ODIs and 3 T20Is for the Black Caps.

Daryl Tuffey, the former New Zealand medium pacer has announced his retirement from all forms of cricket at the age of 34. The tall medium pacer had played 26 Tests, 94 ODIs and 3 T20Is for the Black Caps.

The 34-year-old Tuffey had played for Northern Districts and Auckland in the New Zealand Domestic Cricket. Tuffey had made his first-class debut in 1996/97 as an 18-year-old. Around three years later, the seamer made his Test Debut against Australia in 2000 at Hamilton. 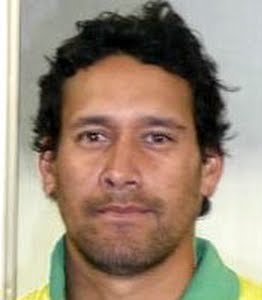 Tuffey had taken 77 Test wickets at an average of 31.75 with two 5-wicket hauls. In 94 ODIs, the seamer took 110 wickets with an average of 32.12 and at a decent economy rate of 4.89. Tuffey’s last international appearance was in November 2010 in an ODI against India at Guwahati.

The New Zealand pacer had a brief absence from International Cricket for a couple of years after he had signed up to play in the rebel Indian Cricket League (ICL) in 2007. Tuffey was a huge personality but was able to bowl at an average speed of 125 kmph or so. His strength was to seam the ball around especially on the green tracks in New Zealand.

The New Zealand Cricket website quotes Daryl Tuffey saying the following about his retirement: "When I arrived in Auckland we had a really strong four-day team but were underperforming in the shorter forms. I think we've really managed to turn that round in a short space of time to not only win titles but develop a great winning culture within the side.

I've had a few different injuries recently and they do get tougher to come back from. It's probably been my one major regret in cricket that I haven't spent as much time on the field as I would have liked but it's part and parcel of playing the game.

There aren't many people who get the chance to get paid for playing the game they love and I feel really lucky that I've been able to do that. It's been an honour to represent my country and to be able to do so in some great places around the world has been a bonus."