2-0 up in the series, England will be looking to finish off what has been an excellent ODI series on a high. They looked in trouble in the last match when they were chasing 300 plus in 42 overs,

2-0 up in the series, England will be looking to finish off what has been an excellent ODI series on a high. They looked in trouble in the last match when they were chasing 300 plus in 42 overs, but their batting might saw them through. The hosts will be keen to carry on the great work in the final ODI to be played at Sophia Gardens in Cardiff. This series has been another proof of their growing prowess in one-dayers. Sri Lanka, on the other hand, have proved to be incompetent, although they were expected to perform better in the shorter format. The inexperience of the team under the conditions has been visible glaringly.

England have been in amazing form with the bat in the series, and one man Jason Roy has led the way. The England opener who got a hundred in the second ODI, added another one in the fourth one-dayer as well. The knock in the previous match was stunning since England had to chase over 300 in 42 overs, and thanks to Roy's brilliance got home with ease. The England opener will be keen to continue his great run, and is a top contender for the man of the series. The other opener Alex Hales has also got a hundred to his name in the series, but couldn't get a bat in the previous match due to a spasm. England will hope he is fit.

Apart from Roy's stupendous knocks, there were some fine supporting efforts from the likes of Joe Root. The England number three had not scored many in the previous matches, so he will be pleased to have gotten back among the runs. England need an in-form Root. Eoin Morgan and Jonny Bairstow haven't had much to do in the series due to the top order's brilliance. They will be keen to get a look in. England's bowling struggled in the last match as Sri Lanka went on an all-out attack. The likes of Chris Woakes, Liam Plunkett, David Willey, Adil Rashid and Moeen Ali will thus be under pressure.

Sri Lanka will be disoriented by another defeat at the hands of the hosts. After a forgettable Test series, they would have been hopeful of better fortunes in the one-dayers, a format in which they have traditionally held the edge over England. But, while they have come close to defeating England on a couple of occasions, they have failed to finish off games, and thus continue their search for a rare victory on the gruelling tour. Apart from the fact that Sri Lanka have a rather inexperienced outfit in their midst, the fact that they have been hit with injury issues to two of their key players -- Angelo Mathews and Dinesh Chandimal -- hasn't helped. 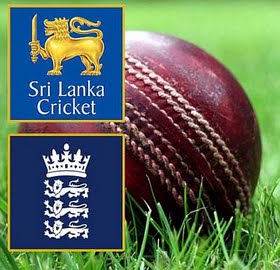 At the Kennington Oval, Sri Lanka's batsmen performed commendably well to give their team a genuine chance of winning. Kusal Mendis stroked a fluent 77 while Danushka Gunathilaka chipped in with 62. The experienced pair of Mathews and Chandimal again shone, contributing crucial fifties and playing a big part in taking the Lankans past the 300-run mark. But, the bowlers were completely at mercy of Roy. With the likes of Dasun Shanaka, Farveez Maharoof, Suranga Lakmal and Nuwan Pradeep all failing, they can only hope that the bowlers somehow come good.