After news reports of Indian Premier League (IPL) 2020 being postponed further in the wake of COVID-19 pandemic, the Board of Control for Cricket in India (BCCI) on Thursday officially confirmed that the tournament has been suspended indefinitely. The decision comes after Prime Minister Narendra Modi announced that the lockdown in the country will continue till May 3.

IPL 2020 was initially scheduled to begin on March 29, but in the wake of the coronavirus outbreak it was pushed back till April 15, and now has been indefinitely postponed, although the BCCI maintained that the event has not been cancelled yet. “Due to the evolving global health concerns regarding Covid-19 and lockdown measures implemented by the Government of India to contain the spread of the pandemic, the IPL Governing Council of the BCCI has decided that the IPL 2020 Season will be suspended until further notice,” a BCCI release said. 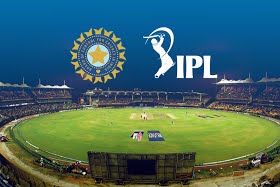 “The health and safety of the nation and everyone involved in our great sport remains our top priority and a such, the BCCI along with the Franchise Owners, Broadcasters and Sponsors and all the Stakeholders acknowledge the IPL 2020 season will only commence when it is safe and appropriate to do so,” the release further added.

On the possibility of holding the tournament in the future, the cricketing body stated, "BCCI will continue to monitor and review the situation regarding a potential start date in close partnership with all of its stakeholders and will continue to take guidance from the Government of India, State Governments and other State Regulatory bodies.”

Earlier, BCCI President Sourav Ganguly too had said that under the prevailing circumstances there are no chances of the tournament being held immediately. “Practically speaking, when life has come to a standstill everywhere in the world, where does sport have a future in this,” Ganguly had told the New Indian Express.

“We keep monitoring developments. At the present moment, we can’t say anything. And what is there to say anyway? Airports are shut, people are stuck at home, offices are locked down, nobody can go anywhere. And it seems this is how it’s going to be till the middle of May,” “Where will you get players from, where do players travel? It's just simple common sense that at the moment, nothing is in favour of any kind of sport anywhere in the world, forget IPL,” he had commented.

The deadly Coronavirus has thus far claimed over 1 lakh lives globally and more than 400 in India. While the future of IPL 2020 remains uncertain, the Olympic Games and Euro 2020 have been postponed to 2021 while Champions League and Europa League finals have also been suspended. All other major sports events like NBA and Formula One have also been put on hold in the wake of COVID-19.