The auction for 2020 Indian Premier League (IPL 2020) is all set to be held on December 19 in Kolkata for the first time. While the big day is still a while away

The auction for 2020 Indian Premier League (IPL 2020) is all set to be held on December 19 in Kolkata for the first time. While the big day is still a while away, franchises would have already started planning their strategies for the auction.

Apart from reigning champions Mumbai Indians, Chennai Super Kings and, to an extent, Kolkata Knight Riders, no side has really dominated the IPL over the years. This is all the more reason for the other franchises to get their act together at the auction this year, and put together a bunch of promising players who can actually deliver for the team.

With a plethora of choices available for franchises at the auction each year, many players go unsold, some of whom are really good T20 cricketers. 2019 was no different, as many known names who went under the hammer did not get a team. Here, we look at three unsold players from 2019 who, we think, deserve a franchise in 2020. 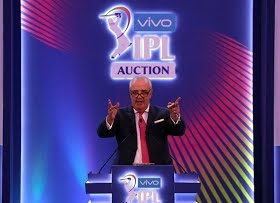 The 32-year-old Usman Khawaja may have been dropped from the Test side during the Ashes, but there is no doubt he is an asset in the shorter format of the game. Khawaja was in sensational form during the tour of India earlier this year, held just prior to the 2019 World Cup. The left-hander registered scores of 50, 38, 104, 91 and 100, and was chiefly responsible for Australia claiming the five-match ODI series 3-2, that too is going down in the first two matches. His success in Indian conditions should give his chances a boost at this year’s auction. Khawaja has had a reasonably impressive T20 career, with 1906 runs in 66 T20s at a strike rate of 127.66. Khawaja has two hundred and nine fifties to his credit

Apart from Lasith Malinga, no Sri Lankan has made a consistent impact on IPL over the years. Still, it was surprising to see Kusal Perera going unsold at the 2019 auction. The man, who has modeled his game on his idol Sanath Jayasuriya, equaled the legend’s record of the fastest half-century, in 17 balls, against Pakistan at Pallekele in 2015. The left-hander was among the few batsmen who looked good during Lanka’s recent 3-0 drubbing by Australia in the T20Is. He scored an impressive 57 in the third T20I at Melbourne.

Apart from his big-hitting skills, Perera is also a reasonably safe wicket-keeper, which also gives him an added edge. Perera’s T20 numbers make for impressive reading -- 2,127 runs in 96 games with 18 fifties at a strike rate of 131.94.

T20s may be viewed as a batsman’s game. But, the likes of Sunil Narine, Pravin Tambe, and Amit Mishra have proved in the IPL over the years, that slow bowlers also have a big role to play. This is where someone like Adam Zampa can come in handy. The experienced Aussie leggie likes to toss the ball up and, over the years, has troubled some big names in T20Is, including Virat Kohli. His ability to attack and deceive the batsmen is what makes him stand out from the other spin bowlers in the current era.