India going to be a really big test for us: England captain Heather Knight

Indian women’s team will take on England in a one-off Test, starting June 16 in Bristol. This will be the Indian women’s team’s first Test since 2014. However, despite having more experience in the longer format of the game, England captain Heather Knight is wary of the Indians since the women’s game has only just restarted and there are a lot of unknowns in the post-pandemic era. According to Knight, India are a very good side and will test them in the upcoming series.

"There's that added nerves and also the expectation, I guess, of the unknown because we don't play [Tests] very often,” Knight was quoted as saying by Cricbuzz ahead of the one-off Test against India.

Indian women’s team members, including superstars like Mithali Raj and Harmanpreet Kaur have expressed excitement over playing the longer version of the game. While Raj has played 10 Test matches, Kaur has featured in only two till date. 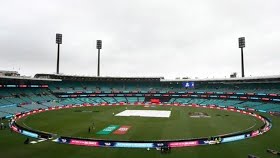 Even so, Knight said that England will not be taking the Indians lightly. She added, "Starting against India, a very strong side, a team that's been really successful over the last few years and they're going to be a really big test for us.

The Indian women’s team arrived in the UK along with the men’s team on June 3. After the one-off Test, Raj-led India and England will battle it out in three ODIs and as many T20Is, from June 27 to July 15. The first one-day will be played in Bristol while the other two games will be held in Taunton and Worcester. Kaur will lead the Indian women’s team in the three T20I matches that will be played at Northampton, Nove, and Chelmsford.

Recently, Raj posted a picture from her hotel room in which she is holding a cup of tea in her hands. She wrote along with the image: A cuppa tea, my thoughts and a view of the 22 yards #Southampton #bourdiaries.