MS Dhoni may be struggling for form with the bat currently. However, former India cricketer Ajay Jadeja feels he should continue

MS Dhoni may be struggling for form with the bat currently. However, former India cricketer Ajay Jadeja feels he should continue to remain in the ODI team for his invaluable experience. Jadeja even went to the extent of saying that the selectors have made a wrong decision by dropping him from the T20 team. 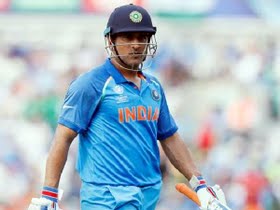 On MSD being dropped from the T20 squad, the former India cricketer opined, "Each selector everybody puts in their hearts and do the best that they can but you only, say you ask me a question and I look at it as the way I see it. So these selectors probably don't look at anything beyond the numbers and waht everybody else in the outside world is talking.”

Jadeja went on to add, “The contribution of this man in that side is not just the numbers he is providing, there may be lot more. So if you value that, he would have probably been playing T20 cricket as well.”

Dhoni has been having a poor time with the bat, scoring just 77 runs in 4 innings in the Asia Cup and 50 from three against West Indies.