The Punjab Kings (PBKS) will take on the Gujarat Titans (GT) in match number 16 of the Indian Premier League (IPL) 2022 at the Brabourne Stadium in Mumbai on Friday. PBKS have played three matches in the edition so far, winning two and losing one. In their last game, they defeated the Chennai Super Kings (CSK) by 54 runs, coming up with a solid all-round effort. As for Gujarat, they have won both their matches so far. After getting the better of the Lucknow Super Giants (LSG) by five wickets, they also took down the Delhi Capitals (DC) by 14 runs.

PBKS did very well with both bat and ball against CSK. Batting first, they put up a competitive 180 for 8 on the board. In the defence, they then rolled over the opponents for 126. Punjab will be keen to carry on with their good form. As for Gujarat, they too were solid in all departments against Delhi. After putting up 171 on the board, they restricted the opponents to 157 for 9.

Speaking of Punjab’s performance, skipper Mayank Agarwal has registered two failures in the last two matches. Hence, he will be keen to make an impact against Gujarat. Shikhar Dhawan has got starts but hasn’t carried on. Jonny Bairstow might come in for Bhanuka Rajapaksa. Also, Liam Livingstone came up with a brilliant knock against Chennai. Pacer Vaibhav Arora was highly impressive with the ball. 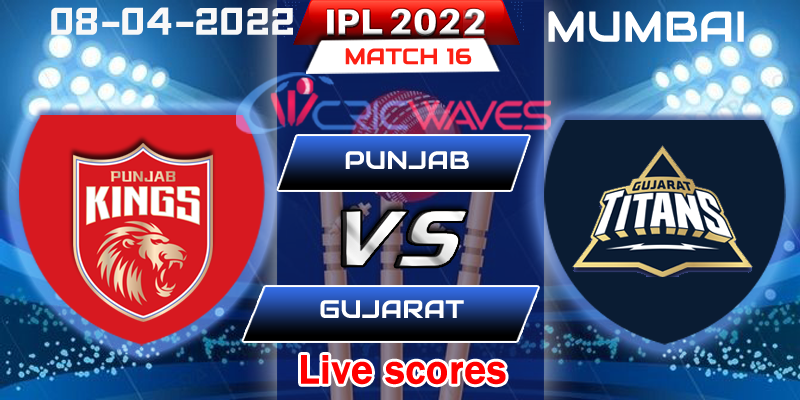 For Gujarat, opener Shubman Gill scored a fluent 84 against Delhi. They would need runs from the other batters though. Lockie Ferguson stood out against DC with a four-for Mohammed Shami has made an impact in both games.