Talent Vs Temperament as ingredients for success

Batting legend Sachin Tendulkar has recently stated that statistics alone cannot indicate how good a player is, and that the ability to absorb pressure -- in other words temperament – is equally important.

Batting legend Sachin Tendulkar has recently stated that statistics alone cannot indicate how good a player is, and that the ability to absorb pressure -- in other words temperament – is equally important. Coming from such a big legend of the game, the comments have to be taken at face value. Talent alone cannot lead to success at the top level. You can be excellent at the domestic level for years, but making it big in the next level needs a lot more dedication towards the cause of being a great player. Talent and temperament are definitely two facets of success that go hand in hand. 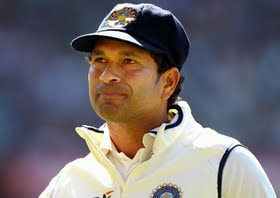 The biggest example in front of the world is Tendulkar’s own best friend Vinod Kambli, who was equally talented, possibly more, but lacked the other qualities needed to be a great at the top level. Thus, while Tendulkar is approaching 200 Tests and still averages in the healthy 50s, Kambli featured in only 17 Tests, and even though he also averaged in the 50s, he struggled miserably in his last few Tests, especially against the short ball, so much so that he had played his last Test even before he turned 24.

It was expected that Kambli would fare better in one-dayers, but he struggled in this format as well. While Tendulkar played well over 400 games and averaged in the 40 till the end of the career, Kambli ended with an average in the low 30s, and was actually lucky to have played over 100 one-dayers. Kambli made numerous comebacks into the side, but wasted every opportunity, and had played his last ODI during the disastrous Sharjah series in 2000, when he was only 28. With a bit more guidance, and perhaps better application from the man himself, Kambli could have gone places.

Kambli is not the only example of a massive talent gone wrong. Graeme Hick amassed runs by buckets in country cricket and for over two decades was the most consistent player on the English domestic circuit. But, when it came to performing at the highest level, he was found out. Hick struggled both against the short ball as well as the spinners. He had exceptional talent without doubt, but rarely showed the aptitude to fight it out when the chips were down. In the end, he managed to end up with decent numbers in international cricket, but was dumped well before he was past his prime.

The examples of talented players who have failed to transform their potential into performance are numerous. Upcoming players must seriously take Tendulkar’s advice on showing the right kind of temperament to go with their obvious talent. Tendulkar himself wouldn’t be what he is today had he not worked tremendously hard to hone his skills. All said and done, there is no short cut to success in any walk of life, and the same applies to cricket as well.