The sixth season of the Indian Premier League (IPL) may have kicked off amid much fanfare, but simultaneously another league has been growing rather strongly. More and more players are joining the list of another IPL, which we have termed as the Injured Players League.

The sixth season of the Indian Premier League (IPL) may have kicked off amid much fanfare, but simultaneously another league has been growing rather strongly. More and more players are joining the list of another IPL, which we have termed as the Injured Players League. Here, there are no auctions and no play-offs, you are just knocked out of the main tournament due to injuries. Some big names joined the alternate IPL even before the event began while some others are doing the same now. And so, here’s a look at who all have made it to the Injured Players League till now.

James Pattinson: The Aussie speedster has an endearing relationship with injuries. Every time it seems that he has hit peak form with the ball, he ends up getting injured. History has repeated itself once again. The fast bowler has been ruled out of the entire season six of the IPL due to an abdominal surgery. Pattinson was one of biggest signings made by the Kolkata Knight Riders (KKR), but now they have to manage without him. The rising paceman is also in doubt for the Champions Trophy tournament to be held in June.

Michael Clarke: The Aussie Test captain was earmarked to lead Pune Warriors India in this year’s edition, but has been forced to follow all the action from his home in Australia owing to a chronic back injury. The sore back, which has been troubling Clarke for a few years now, made its presence felt during the third Test of the series between India and Australia, due to which he even had to miss the last Test of that series. Pune Warriors were hoping that he would recover in time, but that hasn’t been the case. According to Cricket Australia (CA), Clarke is also having hamstring problems, which has only accentuated his woes. 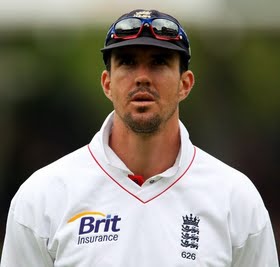 Kevin Pietersen: The hard-hitting KP, who was among Delhi Daredevils’ most consistent batsmen last year, was going to be a key competent in the line-up once again. But a severe knee injury which he picked up ahead of the third and final Test against New Zealand last month meant that he would be out of the game for six to eight weeks, which automatically entailed that he was ruled out of IPL 6. It took only one game for Delhi to realise how much they will miss Pietersen. In the tournament opener against KKR, only two batsmen got into double figures. KP could have made a difference for sure.

Jesse Ryder: The burly Kiwi left-hander was ruled out in the most bizarre of circumstances. Just days before the IPL was to begin, Ryder was brutally assaulted by a few men in a bar in Christchurch. Ryder was supposed to represent the Delhi Daredevils this season, but following the attack on him ended up in coma. He has recovered since but lost his chance to represent the Delhi Daredevils in IPL 6. In KP’s absence, he would have been a handy man to have for Delhi.