Touching sky and then falling down at light speed: Yuvraj Singh on cancer battle after World Cup triumph

India's 2007 World T20 and 2011 World Cup hero Yuvraj Singh announced his retirement from international cricket as well as the IPL on Monday.

“After 25 years, in and around 22 yards, and after almost 17 years of international cricket on and off, I have decided to move on. Cricket has given me everything and is the reason why I stand here today,” Yuvraj said after having called a press conference in a posh Mumbai hotel.
“I was extremely lucky to play 400 games for India. I could have never imagined it when I first started playing cricket,” he added. 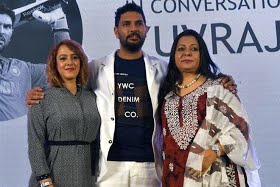