Zaheer Khan may have announced his retirement recently, but it has been a while since he has been away from the selectors' radar.

Zaheer Khan may have announced his retirement recently, but it has been a while since he has been away from the selectors' radar. And, this span has lasted for a good couple of years. In the interim though, India have failed to find a suitable replacement for Zaheer. And now that the left-arm pacer has officially retired, the hunt will only intensity. Considering that Zaheer had tutored Ishant Sharma during his final days in international cricket, it hinted that the lanky Delhi paceman could end up being his replacement. But, disappointingly, that hasn't turned out to be the case. 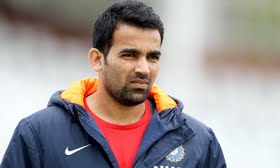 While Ishant has been at the forefront of a couple of Indian victories, most notably at Lord's and, more recently in Sri Lanka, he hasn't quite lived up to the expectations. In fact, it would not be wrong to say that he has fallen flat on those. The unplayable spell in delivered to Ricky Ponting in the Perth Test of 2008, raised a lot of hopes, and many saw Ishant as the bright new hope of Indian cricket. But, eight years and 200 Test wickets later, he remains an enigma in Indian cricket, averaging in the mid-30s. On paper, he remains the team's pace spearhead, but that's more a case of India lacking options than anything else.

Many Indian pacers have been given a chance in Test cricket in recent years, but none have made a serious impression barring Mohammed Shami, to an extent. The Indian pacer made a sensational Test debut in Sachin Tendulkar's retirement series against the West Indies a couple of seasons back. He bowled yorkers galore and ran through the weak Windies batting line up with ease. However, like so many Indian fast bowlers before him, playing excessive cricket took a toll on him. He gradually lost pace as well. And while he came back brilliantly in the World Cup, he hasn't played Test cricket since January this year owing to his injury problems.

With Shami out injured, India have constantly looked upto Varun Aaron and Umesh Yadav to deliver, but both have failed. With his pace, Aaron was referred to as a breath of fresh air in Indian cricket. But, in spite of having made his Test debut back in 2011, he has only played a handful of Tests. Poor form and fitness have plaqued him right through this phase. His record is abysmal to say the least. Aaron averages over 50 with the ball in Test matches, and has only done slightly better in the ODIs. The problem with Aaron is that while he has bowled some unplayable deliveries, he is yet to put together a 'package' performance, which has a severe impact on a match.

Moving on from Aaron, we come to Yadav, who was replaced by Aaron at Bangalore. At Nagpur as well, Aaron and Yadav are likely to compete for the second pacer's spot. Like Aaron, Yadav has also struggled for consistency. He is slightly better than Aaron when it comes to picking up wickets, but the improvement is not significant, and that says a lot. Yadav has the ability to perform, but while he can bowl the wicket-taking deliveries, he is equally susceptible to handing out freebies to the opposition through half-volleys, and length balls. This is primarily why he hasn't played consistently for India. And so, the hunt for Zaheer's replacement goes on...