What exactly will Irfan Pathan do in Sri Lanka?

With Vinay Kumar being ruled out of the upcoming series against Sri Lanka, Irfan Pathan has been once again drafted into the Indian side as a replacement. And while Kumar’s injury gives Pathan another opportunity to prove his credentials all over again, this could well be his do-or-die series.

With Vinay Kumar being ruled out of the upcoming series against Sri Lanka, Irfan Pathan has been once again drafted into the Indian side as a replacement. And while Kumar’s injury gives Pathan another opportunity to prove his credentials all over again, this could well be his do-or-die series. To be honest, it is difficult to see Pathan succeeding, for his bowling has lost its bite completely. This was evident as recently as the Asia Cup, where he was pummeled by Bangladesh batsmen, as India suffered another embarrassing defeat at the hands of their much-lower ranked neighbours. 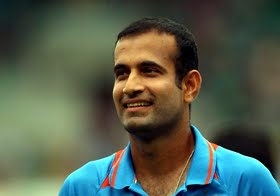 While the man himself is a likeable character, Pathan’s future as an India all-rounder is dim. This is because, while his batting has improved tremendously in the last few years, his bowling has gone down in equal measures. What India are seeking at present is a genuine all-rounder, who can bowl his quota of 10 overs regularly, and also contribute with the bat whenever needed. This hasn’t been the case with Pathan, whose lack of pace and movement have made it easier for the batsmen to attack him. In fact, most modern-day batsmen are ready to charge down the pitch to him, as if Pathan is a spinner. The left-hander medium-pacer does possess a slower ball, but that isn’t enough for him to escape punishment.

The irony of the situation surroundingPathan is that he started off as a promising pace bowler, who was quick, could move the ball, and even troubled greats like Adam Gilchrist and Steve Waugh on his debut tour to Australia. Over the years though he has lost sting, but has simultaneously improved his batting. In fact, he has performed so well with the bat in recent times that he can merit a place in the team on the basis of his batting credentials alone. Sadly, India needs Irfan the bowler more than Irfan the batsman. In Virender Sehwag, Gautam Gambhir, Virat Kohli, Suresh Raina and MS Dhoni they have men who put bowling attacks to the sword, at least in sub-continent conditions. What they are seeking, and have been doing so ever since Kapil Dev’s retirement is someone who can be a dependable bowler, and score runs as well when the need arises. For a couple of seasons, Pathan seemed the answer, but those seasons feel like a different era now.

It is difficult to comprehend the reason behind Pathan’s latest recall. He has been called in to fill for a genuine paceman Vinay Kumar, who has done well in ODIs ever since getting an opportunity. Knowing the fact that Pathan is not as good as a bowler as Kumar, it is difficult to imagine him bowling 10 overs. With the bat as well, his services will be rarely required in Sri Lanka. Will he just be a mere spectator then? Time will tell.