There was time when batting collapses in Test cricket were a one-off thing -- that certainly isn’t the case any longer. Pakistan’s capitulation for 49 against South Africa at Johannesburg on Saturday is the latest in the growing list of batting embarrassments in the five-day game in recent times.

There was time when batting collapses in Test cricket were a one-off thing -- that certainly isn’t the case any longer. Pakistan’s capitulation for 49 against South Africa at Johannesburg on Saturday is the latest in the growing list of batting embarrassments in the five-day game in recent times. Figure this out –exactly a month ago, New Zealand were cleaned up for 45 by the Proteas at Cape Town while England were bowled out for 72 at Abu Dhabi by Pakistan in early 2012. Looking at the stats for 2011, Australia were routed for 47 against South Africa at Cape Town. This was after the hosts themselves were bowled out for 96. 2010 also witnessed a few scores under 100. 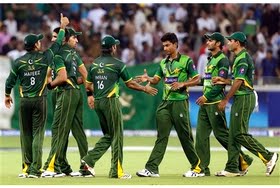 What is it then? Has world cricket started producing exceptional bowlers in the last few years? While it is a fact that guys like Dale Steyn and Saeed Ajmal, who have been responsible for a couple of these batting collapses, are once-in-a-generation bowlers, it isn’t good enough to justify world-class batsmen faltering so often. There must be another rationale to it. There is, the most logical of all being the advent of T20 cricket. While the shortest format has brought in further money and entertainment into the game, it is also proving to be a major bane for Test cricket.

When one-day cricket was introduced, the connoisseurs feared for the future of the five-day game. Looking back though, the 50-over game has done more good and little harm to the most sacrosanct version of the sport. Thanks to one-dayers, a positive attitude developed among cricketers around the world, who earlier were satisfied with sharing draws in Test matches. One-dayers gave a much-needed kick of aggression to players to go for the kill, and the mindset reflected in better run rates at the Test level, as a result of which a lot more five-day matches have produced results in the last two decades.

Even as ODIs encouraged an assertive mindset, it did not promote recklessness. This is because, in a sense, the basis of Test and ODI cricket is the same when it comes to batting – building an innings. The only difference is that in one-dayers there is a cap on the number of overs a result of which batsmen have to score at a faster pace. Also, in the slog overs, ODIs take a different shape, with batsmen throwing their bats all around. Then again, this aspect has proved useful for players in Test cricket, when they want to set a target within a specified time.

In stark contrast, T20s have led to the batsmen getting harsh. They are no longer patient to build an innings as seen from the figures revealed at the start of this article. Like Pakistan at Johannesburg, other teams who have collapsed in recent times have had batsmen with the ability to play the long innings. The players and their prowess may still be the same, but it is the mindset that has changed. It will be unfair to blame the batsmen totally though. Playing so much T20 cricket, flashing at balls unnecessarily has become a habit of sorts for most. And, as they say, habits die hard. In such a scenario, the bowlers can look forward to more jubilant times ahead.