Minnows Zimbabwe will be playing their first overseas Test tomorrow at Napier ever since making their comeback in this format of the game only last year. The Brendan Taylor led Zimbabwe will clash with the Ross Taylor led New Zealand in the Only Test at the McLean Park in Napier. The two sides met last time in a Test Match at Bulawayo in which Zimbabwe almost scared the Kiwis in a run chase of 366. Riding on Skipper Brendan Taylor’s century, the Zimbabweans fell just 34 runs of what could have been a great upset.

The pitch for tomorrow’s Test at the McLean Park is expected to be greenish which means that it will be seamer friendly right from the word go. It could be a difficult time for the batsmen especially in the Zimbabwean team. The Kiwi batsmen might find it easy as the Zimbabwean bowling attack isn’t a world class unit. Interestingly, New Zealand are yet to win a Test at the McLean Park in Napier having hosted 9 matches here. The One-off Test against a weak Zimbabwe team on a green top could assist them in finding that maiden Test victory for New Zealand at Napier. 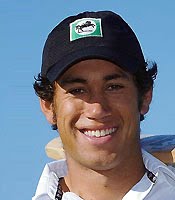 Following are the two squads for the New Zealand Vs Zimbabwe, Only Test at McLean Park, Napier :