After a four-year absence, cricket fans will get to see two T20 World Cups in the space of 12 months.

India were crowned inaugural champions in 2007 but have faltered since then. A loss to Sri Lanka in the 2014 final is as close as they’ve come to T20 International glory in recent years. With the next edition getting underway in October, the 2020 IPL is a perfect audition process for India’s Twenty20 hopefuls to prove themselves. 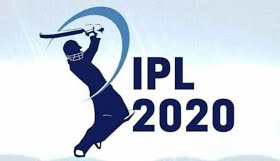 The Indian Premier League has become the biggest domestic T20 competition in the world. In a World Cup year, the best talents will have added incentive to perform well. The national side are ranked fifth in the world in the Twenty20 format by the International Cricket Council. That said, they’re one of the frontrunners behind hosts Australia at the time of writing – at least according to the bookmakers. If extra motivation to focus on white ball cricket was required, India will also host the 2021 World Cup.

Saini and Thakur state their Case after Impressing Against Sri Lanka

Navdeep Saini shone in the recent T20 series against Sri Lanka, taking five wickets in the two completed matches. The 28-year-old will represent Royal Challengers Bangalore this season and look to cement his claims for the World Cup. Unsurprisingly, the IPL and betting are a huge topic of discussion as the tournament approaches. RCB have always attracted plenty of big names, but Virat Kohli’s side have yet to win a title in 12 attempts. Indeed, the last edition saw them finish rock bottom of the leaderboard.

Shardul Thakur was impressive against the Lankans too, taking a combined 5-42. The right-arm bowler will hope for more game time as he returns to Chennai Super Kings, who were beaten finalists in last year’s IPL. CSK’s overseas players include Australian fast bowler Josh Hazelwood, Imran Tahir, Sam Curran and Lungi Ngidi.

Keeping Duties up for Grabs as Dhoni Misses a Central Contract

MS Dhoni missing out on a central contract from the BCCI is a perfect illustration of the increasing focus on a new crop of players. Head Coach Ravi Shastri hasn’t ruled the 38-year-old out of a World Cup spot, indicating that a good IPL could see him return to contention. However, the latest contract developments appear to be further evidence that the wicketkeeper won’t be involved in Australia. Sunil Gavaskar also questioned Dhoni’s decision to rule himself out of action since the 2019 World Cup.

If Dhoni is edging out of the picture for India’s trip Down Under, the keeping duties could be between KL Rahul and Rishabh Pant. Both can be explosive with the bat as well as dependable with the gloves. The pair are the top earning players for Kings XI Punjab and Delhi Capitals respectively. Sanju Samson will hope to make his case though, in 2019 the Rajasthan Royal became the youngest player to score 2000 IPL runs.

Virat Kohli captains India in all international formats and is the IPL’s all-time top run scorer with 5412. It’s no surprise that he was retained by RCB for 17 crore rupees (around $2.4 million) in 2018.

As well as being the leading batsman in the history of the Indian Premier League, the 31-year-old also holds the record for the most runs scored in a single campaign with 973 runs in 2016. If India are to win either of the upcoming T20 World Cups, Kohli is likely to play a pivotal role. Another fine season for Bangalore could be part of the perfect preparation to lead India to T20 glory later in the year.