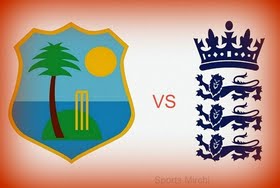 Both teams could step back and look at their handiwork in the Antigua draw and afford themselves a moment's satisfaction. England's foundations, put into place against India last summer, still look fairly sturdy, even if some of the more fiddly work - lintels, underfloor heating, taking 20 wickets on a flat pitch - needs attending to. West Indies, forever surviving in the most rickety of shacks, have got hold of a solid beam or two, not least in the individual performance of Jason Holder and a collective commitment to the cause.

England will be bolstered by the arrival of a skilled artisan, with Moeen Ali expected to go straight into the side. His more attacking offspin might help them apply the finish in St George's, where England will also be hoping for increased output from the openers and perhaps some more incisive work with the new ball.

1.England have not won a Test in the Caribbean since 2004, drawing six of their last seven. Their last away win was in Kolkata 2012

2.Devon Smith will become the first Grenadian to play a Test at St George's