Check here Bangladesh Premier League (BPL) 2015 All six Teams Squads and Players. A total of 34 matches will be played including the final in this tournament.

The opening ceremony had been launched at 20 November 2015 at Sher-e-Bangla National Cricket Stadium and the tournament will kick off with the high voltage match between Chittagong Vikings and Rangpur Riders at 22 November 2015. The final will be played on 15 December.

A total of 34 matches will be played including the final in this tournament. Check here for BPL 2015 Schedule 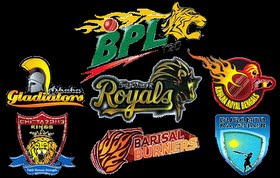