Cricket Australia chief executive Kevin Roberts, on Friday, confirmed that the men's T20 World Cup scheduled to be held in Australia later this year is under genuine threat owing to the Coronavirus pandemic. This, even as the ICC has not officially postponed the mega event yet. The 2020 T20 World Cup is scheduled to be held in October-November this year.

On Thursday, the ICC board was supposed to discuss the postponement and contingency planning. However, the decisions over the same have been postponed to June 10 for now. In a virtual media briefing on Friday, Roberts admitted, "The timing of the men's T20 World Cup is really a matter for the ICC. Obviously, we've been hopeful all along that it could be staged in October-November. But you'd have to say that there's a very high risk about the prospect of that happening." 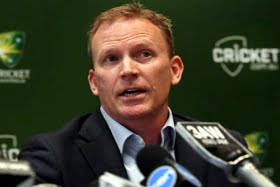 Roberts conceded that there is a realistic chance of the tournament being moved to 2021 or 2022. However, he also conceded that it would be a challenge for the ICC to mark a new date for the event in Australia considering India are scheduled to host the Men's T20 World Cup in 2021 as well as the 50-over World Cup in 2023.

"In the event that that doesn't happen (2020 T20 World Cup), there are other potential windows in the February-March period, October-November the following year. There's implications for ICC events over a number of years," Roberts stated.

"They need to be thinking about when to stage the men's T20 World Cup that's planned for Australia. There's another one planned in India a year later and then in 2023 there's the men's cricket World Cup for India as well.

"And not to forget on the women's side of the ledger, you've got the cricket World Cup in NZ early next year. The ICC is juggling a lot of balls there and looking at the windows that are possible over the coming years," he went on to add in the same media briefing.

Roberts further informed that in case the T20 World Cup is not held this year, CA stands to lose nearly A$20 million (US$13.3 million approx.). A couple of days back, CA released the schedule for Australia's 2020-2021 home season. India will be playing three T20Is, four Tests and three ODIs in Australia. Australia will also take on Afghanistan for the first time ever in the longer format of the sport at Perth in a Day-Night encounter.