For Sachin Tendulkar, it will end where it all began. For a man who began his journey by representing Mumbai at various levels before jumping to the big league, it is only fair that he plays his farewell Test at his home ground, the Wankhede Stadium.

For Sachin Tendulkar, it will end where it all began. For a man who began his journey by representing Mumbai at various levels before jumping to the big league, it is only fair that he plays his farewell Test at his home ground, the Wankhede Stadium. As Tendulkar, prepares to bid farewell, we recapture some memorable performances by the little master at the venue.

Overall record: Somehow, Tendulkar hasn’t been as successful at Wankhede as he has been on many other grounds. His record is impressive nonetheless – 847 runs in 10 matches averaging 47, but he has only one century at the venue. Tendulkar has picked up three wickets at Wankhede averaging 30 and has held 11 catches. 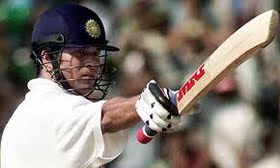 Memorable stand with Kambli: Unlike in their school days, Tendulkar and Kambli did not register many massive stands in international cricket. One of the few ones came during the Mumbai Test against England in February 1993. The game was Vinod Kambli’s without doubt, as the southpaw hit a smashing 224, but Tendulkar was also in his elements during his knock. He was at complete ease during his sedate knock of 78, which featured 10 crisp boundaries, and came off 213 balls in 285 minutes. India made 591 in reply to England’s 347 and won the Test by an innings and 15 runs, clinching the series 3-0.

Only Test ton: Tendulkar’s only Test ton prior to the start of his 200th Test came against Sri Lanka in December 1997. He batted at number five in this game and slammed a magnificent 148 off 244 balls against a strong Lankan attack comprising Vaas, Wickramasinghe, Pushpakumara and Dharmasena among others. Tendulkar’s knock was an attacking one, and featured 20 fours and three sixes, during his 320 minute stay at the crease. Tendulkar, who was the skipper in this game, featured in a 200 plus partnership with future captain Sourav Ganguly, who made a superb 173. The game was drawn as Lanka replied with a good score themselves, as was the series.

Tendulkar, the all-rounder: Even as India headed into the new millennium, their heavy dependency on Tendulkar continued. This was evident during the Test against South Africa in February 2000, which India lost in spite of a superlative performance by Tendulkar with both bat and ball. India took first strike in the game, and Tendulkar made a breezy 97 from 163 balls with 12 fours and three sixes. The Indians however collapsed to 225 all-out. With the ball, Tendulkar grabbed three wickets for 10 runs in five overs, the scalps were the big ones of Kirsten, Gibbs and Pollock. Thanks to Tendulkar, South Africa were bowled out for 176, but India faltered in the second innings, and Tendulkar’s great effort went in vain.

Heartbreak at Wankhede: Tendulkar went through an elongated lean spell before getting his 100th international ton against Bangladesh. He came close at Wankhede during the Test against the Windies in November 2011. Tendulkar eased his way to 94, before giving a catch to Sammy of Rampaul’s bowling. The crowd, which was waiting eagerly in anticipation of history, was stunned to silence.