IPL 6: What have the big buys done so far?

These are still early days in the tournament, but enough games have been played for us to try and look at what some of the big buys at this year’s auction have done. Remember, some little-known names from around the cricketing world were purchased for hefty sums by major franchises even as some other well-known ones were ignored.

These are still early days in the tournament, but enough games have been played for us to try and look at what some of the big buys at this year’s auction have done. Remember, some little-known names from around the cricketing world were purchased for hefty sums by major franchises even as some other well-known ones were ignored. Whether the most popular buys at this year’s much-hyped auction will be worth their price will be clear only towards the end of the league, but we look at early signs of things to come. 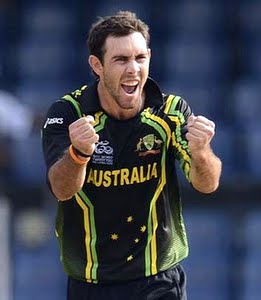 Glenn Maxwell: The Australian all-rounder, who featured in the Test series in India, was purchased by Mumbai Indians for a whopping sum of $1 millioneven though his base price was $200,000. Rather surprisingly, he hasn’t featured for Mumbai in a single game so far. In the four matches that they have played so far, Mumbai have won three games in a row, while losing the first one rather closely. Their batting has been top class, with Dinesh Karthik and Rohit Sharma flourishing in particular. As such, they haven’t really needed the services of Maxwell. One just wonders whether Mumbai overestimated the Aussie youngster’s price. Time will tell.

Chris Morris: This South African all-rounder was purchased by Chennai Super Kings (CSK) for a massive sum of $625,000, an exorbitant amount that would have surprised the little-known cricketer as well. But, to his credit, he has done a reasonably good job so far. After notbeing selected for the opening clash against Mumbai Indians, which they lost, Morris was drafted in for the next two games, and has made a significant contribution. Against Kings XI Punjab, he picked up 2 for 27, which helped Chennai’s cause as they cruised to a 10-wicket win. In the game against Royal Challengers Bangalore, though he was expensive, he got the big scalps of Chris Gayle, Virat Kohli, and even added Daniel Christian to his kitty. Later, he was giving Ravindra Jadeja company at the end as Chennai pulled off a heist.

Kane Richardson: Pune Warriors purchased the 22-year-old Australian fast bowler for $700,000 (yes, you read it right). And, how many matches has he played for the franchise so far? None. When you purchase a player by placing such a high bid, the logical conclusion is that you believe he is worth the price that he has been fetched for. By that rationale, Richardson should have been in the playing eleven from the first game itself. Instead after three losses from four games, the youngster continues to find himself on the sidelines. Will Warriors give him a go sooner rather than later?

Abhishek Nayar: The all-rounder, who plays Ranji Trophy for Mumbai, was also bought by the Pune franchise for 675,000. Although an all-rounder, he has hardly rolled his arm over in the matches that Pune have played so far. With the bat, he made 19 against Sunrisers, 25 not out against Punjab, did not bat against Rajasthan and 6 versus Mumbai. Not a lot to write home about.